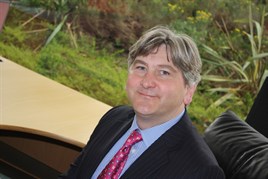 Volvo Car Corporation has confirmed the appointment of Nick Connor as managing director of Volvo Car UK as well as its Ireland and Iceland subsidiaries.

Connor, 47, has been acting managing director since the departure of Peter Rask, who left the business in 2011. He has worked for Volvo in the UK for 16 years, most recently as sales director but previously as group solicitor and company secretary.

On his appointment, Connor said: "Being asked to lead such an important and well-recognised brand at such an important time of its recent development is a great honour and responsibility. Volvo's new Designed Around You brand strategy is developing very positively and the new V40 five-door hatchback, due in showrooms in the summer is, arguably, the most important car for Volvo in terms of volume development for the last decade."

Volvo has enjoyed a strong year in fleet so far in 2012 after a flat 2011. Total fleet sales have dipped slightly, by 1%, to 7,083 but true fleet sales to corporates have risen 9% to 4,988. Volvo has removed volume from daily rental and Motability, which are both down by just over 30% year-to-date compared to 2011, accounting for 660 fewer cars.