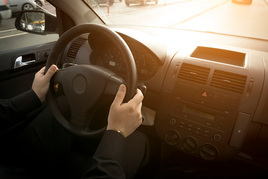 One-third of companies do not have a minimum age restriction on driving for work, while one-fifth don’t have a policy for young drivers, according to a survey by Fleet Safety Forum (FSF).

Most companies (80%) have at least one policy; 67% have a minimum age restriction although for 26% of them that was their only targeted policy.

However, fleets need to be careful not to fall foul of the law if they introduce restrictive policies based on age alone.

According to ACAS, “it is unlawful to discriminate because of age, unless a company can justify the differences of treatment”.

It added: “If the company wanted to introduce an age restriction because of the insurance fees, it would have to justify why and give evidence to support this and if there was any alternative or less discriminatory approach it could have taken.

“The company ought to consider the degree to which any increase on a premium to a younger driver is offset by savings it might have from older employees because, as a rule of thumb, it is not lawful to discriminate on the grounds of cost alone.”

The Environment Agency was forced to change its policy after a legal challenge.

Head of fleet Dale Eynon explained: “We did charge a higher excess for accidents with younger drivers. We got challenged under the equality act and have now removed that because we had to prove that within our fleet there was a higher accident rate among younger drivers. We didn’t have the stats to prove it so we stopped it.”

As an alternative, companies could specify experience rather than age. This approach is taken by Fleet News parent Bauer, which specifies a minimum of six months’ driving experience.

The FSF survey also found that just 29% of companies had risk assessments tailored to younger drivers while 27% had specific training.

Of the 33% that didn’t have a driving age restriction in place, fewer than 5% reported having any other policy targeting young drivers.

Rob Cummings, policy adviser for the Association of British Insurers, said: “Care should be taken in adding a young driver to fleet policies, particularly as they have a poor safety record which can push up the annual premium or command a much higher excess in the event of a claim.”

Royal Mail analysed collision rates by driver age through its Zero Accident Programme (ZAP). Drivers aged 17-25 accounted for 7% of collisions during 2009/10, but made up only 5% of its driving population. The company trialled a RoSPA classroom-based training course with in-vehicle training aimed at drivers in this age group who had been involved in at least one collision.

Monitoring and evaluation pre- and post-training showed a 56% reduction in the collision rate for the drivers who attended the training.