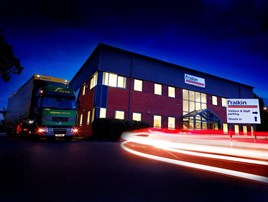 Fraikin has rolled out its new 24-hour-a-day breakdown service to give its customers extra peace of mind across its UK network.

Distress calls come into Fraikin’s call centre at Oldbury, West Midlands, where a dedicated team of seven are able to co-ordinate the most appropriate response for the vehicle and its load.

If a roadside repair is not possible, they will use their detailed knowledge of customers’ fleets and loads to determine where in Fraikin’s UK-wide network of workshops the vehicle should be sent for repair.

With many of Fraikin’s customers running time-critical operations, the breakdown team’s special understanding of customers’ operations is proving invaluable in emergencies, says the fleet management company.

The move to roll out its own in-house breakdown service last year followed Fraikin’s decision to bring back in-house as many of its core services as possible in response to ever increasing customer demand. The company is planning to open more workshops in the UK.

Peter Backhouse, chief executive Officer of Fraikin, said: “We are delighted to now be able to offer customers the breakdown service across our network which we believe will bring them even higher standards of service and support.

“With our solid reputation for engineering excellence in our workshops, our aim is to minimise the risk of vehicle breakdown but if they do we will ensure that we are able to respond as quickly and as effectively as possible.

“Fraikin customers who require roadside assistance can rest assured that they will be speaking to one of the company’s specialist in-house breakdown team, who not only understands the needs of their business but also the specification of their vehicles.