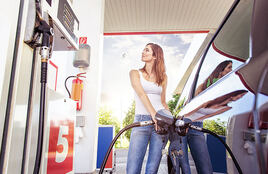 The news that the government will not go ahead with a three pence per litre rise in fuel duty in August has been positively received by the Freight Transport Association. The announcement made by Chancellor George Osborne followed the news that the Labour Party had threatened to force a House of Commons vote on the issue as they joined the call for all MPs to unite in the scrapping of the planned August 3p fuel duty hike.

Fuel duty will be frozen for the rest of the year, the Chancellor told MPs, adding that the government was "doing everything we can in very, very difficult economic circumstances" to help businesses and consumers.

James Hookham, FTA’s managing director – policy & communications said: “It went down to the political equivalent of penalties, but this time the public and businesses have got something to celebrate.”

Hookham added: “The Chancellor's decision is absolutely right for the economy and removes that extra cost for commercial vehicle operators that would have hit them hard this summer. The Chancellor now sees the merits of using fuel duty cuts to stimulate growth by keeping cash within businesses. The government needs to engage in a national debate about the role of fuel taxation in the economy and we urge the Chancellor to seize this opportunity.”

FairFuelUK is supported by over a quarter of a million members of the public and was created by road hauliers and motoring organisations as a result of spiralling fuel costs which have a devastating impact on haulage businesses, their customers and ultimately everyone through the prices on the shelves.

Peter Carroll, founder of FairFuelUK said: “This is a great boost for those organisations that back FairFuelUK. In particular, for the RAC, the Road Haulage Association, the Freight Transport Association and The Fuelcard Company. Special thanks go the hundreds of thousands of people all across Britain who have signed up to the campaign. There are serious longer term issues to address on fuel taxation and pricing – but for today, we thank the government for listening and acting.”