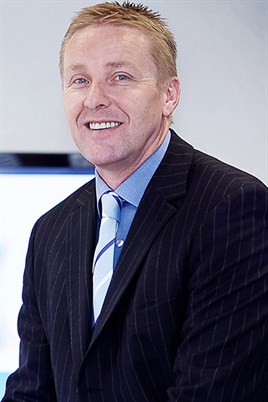 Drivers put cost considerations ahead of all other factors in their reasons for deciding to acquire a car through a salary sacrifice car scheme and in making their car choice, according to new research from Tusker.

A survey of over 1,000 drivers, who have recently used Tusker’s SalarySacrifice4Cars (SS4C) scheme to acquire a new car, found that four of the top five most appealing key benefits of the scheme related to its low cost.

This reflects the rising cost of motoring for drivers and the need for an alternative, more cost effective way to acquire a car, such as a salary sacrifice car scheme.

Drivers said the key reasons for opting to use salary sacrifice to acquire a new car were the provision of an all-inclusive fixed monthly cost for a car, followed by a cost effective way of acquiring a car and a hassle free way of getting a car.

Getting a more fuel efficient car and obtaining tax and National Insurance savings were also very important benefits for drivers, the research found.

When it came to actually choosing a car through the scheme, the most important factor drivers considered was the monthly cost.

The second most important factor was that the car was fuel efficient, followed by its ability to match the respondents’ lifestyle needs in terms of the number of seats, space and size.

Drivers were also concerned about the cost impact of CO2 emissions on their benefit-in-kind tax bills, rather than the environmental impact.

“It is quite clear that the rising cost of motoring is having a profound effect on the reasons why drivers elect to acquire a new car through a salary sacrifice scheme and on their actual choice of vehicle,” said Tusker chief executive David Hosking (pictured).

“They like the fact that a salary sacrifice car scheme gives them an all-inclusive way of acquiring a new car with a fixed monthly cost and that there are no unexpected costs or hidden surprises. Fuel efficiency and carbon emission levels are also important but more from a cost than an environmental viewpoint.”

To help fund their new acquisition, the survey found that 73% of drivers sold their old car, while a further 14% gave it to a family member or kept it as a second car (13%).

Interestingly, only 27% of drivers knew the exact make and model of the car they wanted to order through the scheme; the other 73% found it very easy to use the SS4C website to identify suitable models, compare quotes and finally order their new vehicle.

Some 97% of respondents said they found it easy to access more information after their initial interest in the scheme.

Satisfaction amongst existing users of the scheme was high. Some 96% of drivers surveyed were either very satisfied or satisfied with the overall scheme, while 91% were likely to recommend it to a colleague, and 96% felt the experience of the SS4C website was either excellent or good.

Having chosen a car through SS4C, the majority of drivers (51%) would like to give back their current vehicle and get a new one at the end of the agreement, while 18% would like to purchase the car once the contract was finished.

Of drivers surveyed, some 48% had initial concerns about entering into a salary sacrifice car scheme, whereas 52% had no concerns at all.

“Overall, there was a very positive reaction from drivers to our salary sacrifice car scheme and we received an overwhelming amount of customer feedback which we are in the process of acting upon. We also received many compliments about our staff and the service levels they provided,” added Hosking.