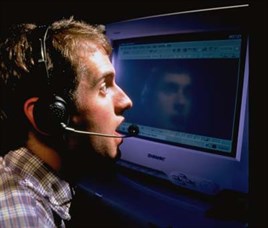 Almost 200 IT experts are working daily on developing sophisticated web-enabled solutions at a technology laboratory in North America that are being made available to Fleet Support Group (FSG) customers in the UK.

The fleet management company has been owned by ARI (Automotive Resources International) since late last year, and technology developed by the United States headquartered company is being introduced in the UK to enable customers to predict the future and drive down fleet operating costs thus maximising fleet efficiencies.

ARI’s global approach to IT development means that what is being developed in the United States can be exported to the UK and other countries. The company manages over 860,000 cars, trucks and equipment in North America and Europe, and combined with its strategic partners, more than 1.8 million fleet vehicles globally.

With a focus on access, clarity and speed that recognises the need for timely, critical and actionable information, the company’s goal is to provide FSG customers with the precise information they need, at precisely the time, and in the format they need it.

Chief game-changer for ARI among its arsenal of IT solutions is its new analytical and predictive business intelligence tool.

Using in-memory technology, supported by technology giant SAP, FSG customers will have access to what ARI describes as the most powerful reporting and information management tool in the industry.

More than 40 customers in North America are already benefiting from the technology and it is being demonstrated to FSG customers in advance of making it available to them in the UK.

ARI claim that the fleet analytic engine processes data 3,600 times faster than any system on the market today. Data is interpreted and reports are available instantly on a customer’s computer dashboard.

Steve Haindl, ARI’s senior vice president and chief information officer, who is leading the IT advance, said: “Large reports, such as multi-year maintenance spend, that previously would have taken hours, will run in mere seconds.”

FSG chairman and founder Geoffrey Bray said: “All fleets, including our customers, want to further reduce cost. This exclusive analytic technology has capability that is totally unmatched by any other supplier.

“Fleet operators can drill down into finite detail to examine overall costs and individual areas of expenditure by vehicle and driver and undertake their own benchmarking and trend analysis. The power and speed of the technology is incredible and our customers will benefit.”