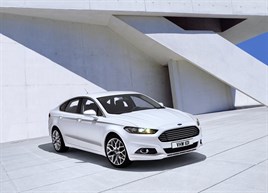 Ford is planning to replace its two small diesel engines with a single unit that offers various power outputs, helping to reduce production costs as well as simplifying its model range.

The first appearance of the new 1.5-litre diesel, which is part of Ford's diesel engine partnership with PSA Peugeot-Citroën, will be in the new B-Max small car, which is now available to order.

Initially it will be offered as a 75bhp engine alongside the 95bhp 1.6 TDCi, but according to Ford of Britain managing director Mark Ovenden, the company will discontinue the 1.4-litre and 1.6-litre TDCi in due course.

Ovenden told Fleet News: "Although the new 1.5-litre will be sold alongside the 1.6 TDCi in the B-Max we're planning to phase out the 1.6 as well as the 1.4, and use the 1.5 TDCi as out small diesel engine with a variety of power outputs."

A spokesman added that as well as helping to reduce development costs with Euro6 rules often increasing the investment in development with this inevitably passed on to customers, it would also help simplify model ranges.

The spokesman confirmed that Ford's new 1.0-litre three-cylinder Ecoboost turbocharged engine, currently available in the Focus and the B-Max, is undergoing testing in the next-generation Mondeo due in 2013.

Although the engine line-up for the Mondeo is unconfirmed, the new 1.0 litre engine is likely to be offered in single and twin-turbo forms with power expected to range from around 120bhp to 170bhp.

It is also likely that the new 1.5 TDCi will replace the current 1.6 TDCi when the next Mondeo is introduced next year.