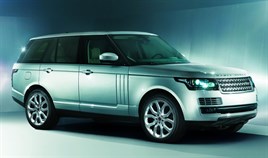 Land Rover is claiming improved efficiency, more space and better refinement in the fourth-generation Range Rover which will go on sale next year.

The car will make its public debut at the Paris Motor Show in September, when order books will open and prices and specifications revealed before deliveries commence early in 2013.

New all-aluminium construction has resulted in a 420kg weight saving compared with the outgoing model, which, combined with new suspension, should mean more responsive and composed behaviour on road, while improvements in engine efficiency will mean better fuel consumption and CO2 emissions than achieved by the current model (253g/km and 30.1mpg on the combined cycle in the 4.4-litre TDV8). 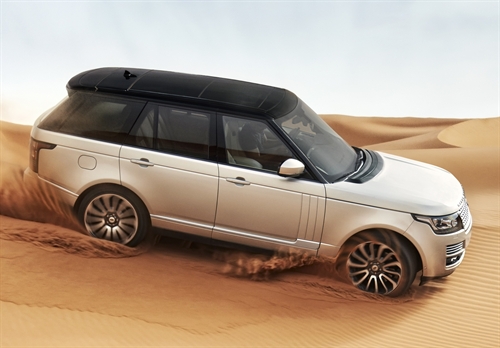 "However, its clean sheet design and revolutionary lightweight construction have enabled us to transform the experience for luxury vehicle customers, with a step change in comfort, refinement and handling."

"Designing the next generation Range Rover, following over forty years of success, came with a huge responsibility to protect the DNA of such an icon," said Gerry McGovern, Land Rover design director and chief creative officer.

"Our design team worked incredibly hard to capture the elegant proportions and pure surfaces which have been a feature of the best Range Rover designs." 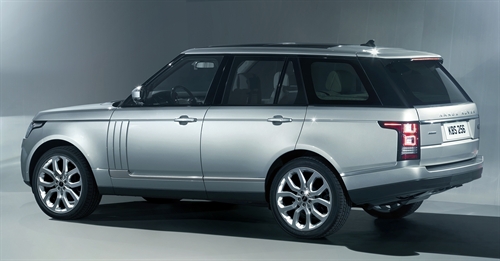 Land Rover aimed to make the new Range Rover the most capable and refined Range Rover to date. It features the next-generation version of Land Rover’s Terrain Response system, which analyses current driving conditions and automatically selects the most suitable vehicle settings for the terrain.

The new model has been subjected to Land Rover’s on- and off-road test and development regime, with a fleet of development vehicles covering millions of miles over 18 months of arduous tests in more than 20 countries with extremes of climate and road surfaces.

The new bodystructure and acoustic lamination of the windscreen and side door glass have significantly reduced noise levels, says Land Rover, while the new suspension architecture has enabled engineers to achieve more luxurious ride comfort and refinement.

The interior incorporates familiar Range Rover design cues with more modern treatment, and with over 118mm more legroom, the rear occupants benefit from vastly increased space and comfort, with the option of a new two-seat 'executive class' seating package.

Although exact specifications are still to be comfirmed, a seven-seat version is also expected to be included in the new range.

As well as the latest versions of the TDV8 diesel, the new model will also be offered with a more fuel-efficienct V6 diesel, as well as a supercharged V8 petrol engine. A diesel hybrid is expected to follow after the car's launch.