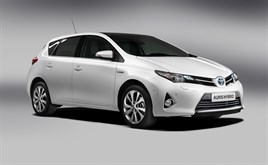 Toyota has published the first pictures of the new Auris, which will make its public debut at the Paris motor show in September.

The company says the new model will deliver improved dynamics, more distinctive styling and higher equipment levels, while also being cheaper to run.

The car’s exterior and interior are all new, and it has the distinction of sitting lower than any other mainstream lower-medium sector model. 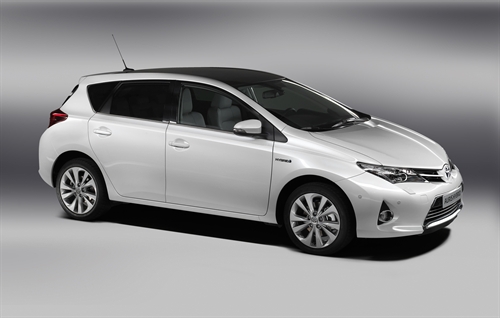 It is 55mm lower than the current model and a lower front end design helps deliver improved aerodynamics, contributing to better fuel consumption.

The car has sharper, more aggressive styling and Toyota has also reduced weight in the car (by up to 40kg over the outgoing model) to help reduce fuel consumption and emissions.

At the rear new Auris has a wider opening tailgate, a wrap-around combination lamp design and new bumper profile,giving the appearance of a broader stance. 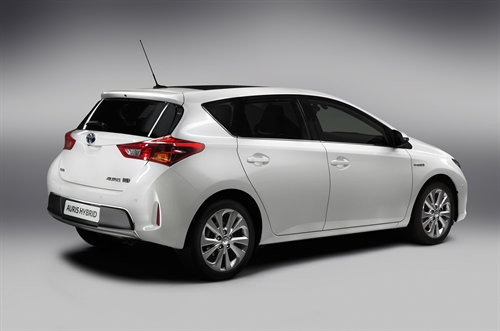 The new interior is more spacious and comfortable, and introduces Skyview, one of the largest panoramic roofs in the segment.

The air vent and meter surrounds, centre console and transmission tunnel trim share a high quality satin silver finish, and on higher grades the dashboard itself is leather trimmed.

The new model adds 20mm to rear seat knee room and 90mm to the loadspace length. All hatchback versions provide more luggage space, at 360 litres. Repositioning of the battery pack beneath the rear seat has ensured Auris Hybrid has the same load capacity as other models in the range. 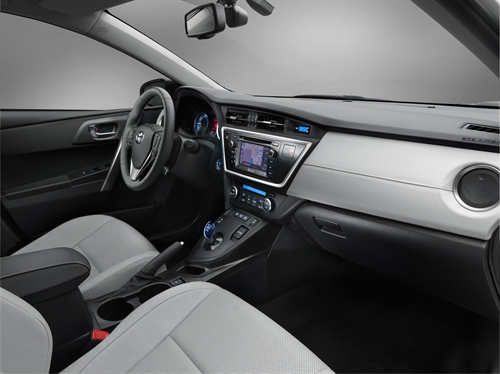 New Auris further benefits from a lower ride height, driving position and centre of gravity. The steering and suspension have been revised to help give a more comfortable, responsive and enjoyable drive.

The Auris will be built exclusively at Toyota’s Burnaston factory in the UK, alongside Avensis. Details of UK sales introduction, specifications and prices will be announced at a later date.