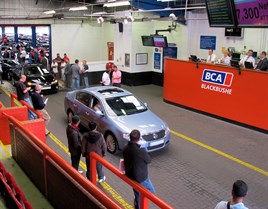 The average value of a used car in the second quarter of 2012 was £5,891 – the highest ever recorded in a second quarter according to new data released by BCA. The BCA Quarter 2 2012 Pulse report also showed that year-on-year values were ahead by £197.

Generally values in 2012 remain well ahead of those recorded in the previous three years and in fact since Pulse began reporting in 2005.

One notable factor in Quarter 2 was that the mix of used cars changed from Q1, with nearly new and fleet/lease volumes representing a declining proportion compared to part-exchange volumes. The net effect of this was to make the 'average' car older and higher mileage. 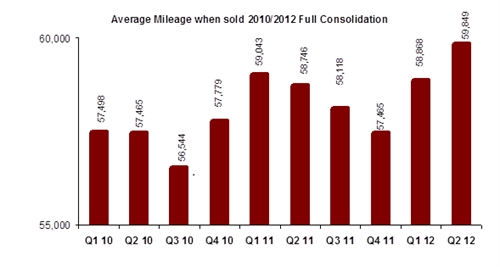 The average value of £5,891 for Q2 12 is the highest ever recorded by the Pulse Report in the second quarter of any year. This is despite both average age and mileage being higher in 2012 than in previous years. Year on year, Q2 12 is ahead by £197 (3.4%) and significantly ahead of the average values being recorded in the pre-recessionary period.

However, the supply side of the market equation should not be ignored. There have been well reported constraints on supply of the best, retail quality cars and – in a competitive remarketing environment - this is undoubtedly contributing to the general rise in values.

Based against the average values achieved in Q1 2005, the BCA Index tracks the quarterly market performance to give a clear view of where prices have been as well as indicating where they might go. The Index fell from 128 last quarter to 123 - a figure on a par with much of 2010 and early 2011. Year on year, the figure is up by four points, reflecting the relatively poor value performance seen in Q2 last year.

The longer view suggests values are in a fairly stable phase, although this is the result of fairly weak demand combining with somewhat poor supplies. With the continuing fragility affecting market conditions and a backdrop of economic pressures and reduced consumer confidence, this suggests there is unlikely to be any significant value evolution in the short term.