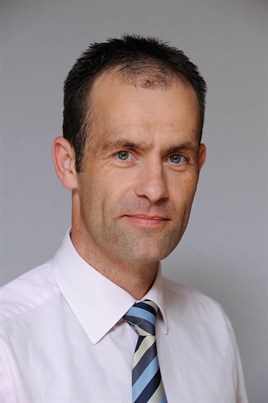 Thinking like a remarketer rather than a fleet operator when buying vehicles can play a key role in maximising their value when they come to be de-fleeted. So says grs, which is urging its customers to consider the ‘whole life costs’ of their vehicles.

“It’s really important to think strategically when buying vehicles and that means looking beyond the discounts being offered by manufacturers at the point of purchase,” says Julian Pullen, grs Procurement Manager.

“Without doubt front-end discounts are under pressure. They’re not available to the extent they once were, nor on the range of vehicles,” he continues. “As a result, operators are keeping them on fleet far longer than they used to – and longer than many would ideally like to.”

Pre-recession, vehicles were routinely being de-fleeted after six or 12 months, while today they are being run for anything up to 28 months and may well have 50,000 miles on the clock. That can create a range of challenges, from the practical to those of perception.

“Running vehicles for longer than originally planned will impact the bottom line, through servicing, new tyres and perhaps even a breakdown or two to deal with,” says Julian.

“It can also have an impact on a company’s brand, both for rental companies and fleets alike,” he continues.

“When people rent a car they have a certain expectation as to its age and the number of miles on the clock, while company drivers need to think about their car park credibility in the eyes of customers.”

The relative scarcity of front-end discounts being offered on a more limited range of makes and models is creating another issue for fleet operators – their value at the point of de-fleeting.

“Although initial discounts may appear tempting, they may not represent best value over the whole life of the vehicle, as it can depress the value when several operators are de-fleeting the same vehicles at the same time,” explains Julian.

“There may be a bigger up-front discount on one particular Ford Fiesta model, for example, but the re-marketing value of an Alfa Romeo Mito with a lesser discount may well be higher as there will be fewer of them, making them more desirable.”

So what’s the advice from grs to help fleet operators maximise the return on their vehicles when it comes to de-fleeting?

“Look beyond the front-end discount and look for something a bit different. At face value the initial discount will be tempting, but may well not be the best option over the whole life of the vehicle,” says Julian Pullen, who also suggests regular communication with grs which buys vehicles all year round to supply the forecourts of franchised and independent retailers across the UK.

“When fleet operators are talking to manufacturers about new vehicles, they should talk to us at the same time. Maintaining lines of communication is essential to get the best deals up-front and also when de-fleeting,” says Julian.

“We can advise on the best mix of vehicles before they’re purchased and can also advise on the optimum time to de-fleet to help maximise values. It’s all part of the service we offer, day-in, day-out.”