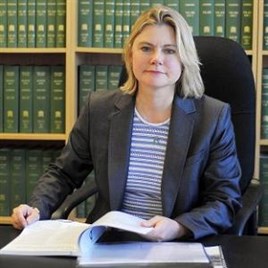 Transport secretary Justine Greening - a strong opponent of a new runway at Heathrow - has been replaced by Patrick McLoughlin - the former chief whip.

McLoughlin, who as chief whip failed to persuade 91 Conservative MPs to support the Government’s House of Lords reform, takes over as Secretary of State for Transport.

He was born in 1957 in Staffordshire, where he was educated first at Cardinal Griffin Roman Catholic School and then at Staffordshire College of Agriculture.

He worked for five years in agriculture, before following his father and grandfather - both coal miners - and going to work underground at the Littleton Colliery in Cannock.

He became a member of the National Union of Mineworkers and then an industrial representative for the National Coal Board's Western Area Marketing Department.

He began to get involved with the voluntary arm of the Conservative Party from 1977, becoming a member of several National Committees and serving as Vice-Chairman of the National Young Conservatives from 1982-84.

Before becoming an MP in 1986, he gained valuable political experience in the world of local government, sitting on Staffordshire County Council from 1981 to 1987 and Cannock Chase District Council between 1980 and 1987.

McLoughlin was made a junior transport minister by Margaret Thatcher in 1989 and he served for three years at the department.

As a backbencher, he voted for a "rethink" on the Labour Government's policy of expanding Heathrow in 2009 when Villiers made this the Conservatives' policy.

The cabinet reshuffle also sees the former minister of state for transport Theresa Villiers appointed as Secretary of State for Northern Ireland.

She is repaced by Simon Burns, while Mike Penning, who was parliamentary under-secretary at the DfT, is replaced by Stephen Hammond.

Norman Baker as parliamentary under-secretary at the DfT is the only minister to remain in post.

RHA chief executive Geoff Dunning said: "We are keen to develop a long and productive relationship with Mr McLoughlin.

"We note that Mr McLoughlin's past voting record includes voting very strongly for increasing the rate of VAT. We sincerely hope that he will accept our arguments for reducing fuel duty.

"This is a critical time for the UK logistics industry. The recovery of the economy and its long term future is based, to a massive extent, on the long term success of a viable road haulage sector.

"Therefore we sincerely hope that Mr McLoughlin is both a good listener and a quick learner.”

Robert Wastell, managing director at Hitachi Capital Vehicle Solutions, added: "Whilst we always remain positive for meaningful change, it must be asked how the government can formulate and implement a successful transport policy with a revolving door on the ministerial seat.

"Each and every Cabinet member was given the remit to improve the economy and reduce the deficit, and transport – the lifeblood of the business economy – absolutely must be at the heart of this effort.

"Consistently high fuel prices were also one of the week’s talking points and the effect of this rising cost on business fleets is a stranglehold on the UK economy; this must be a top priority for the new minister to address.

"Recovery and prosperity is altogether possible, but will take time and effort from both government and business to achieve."