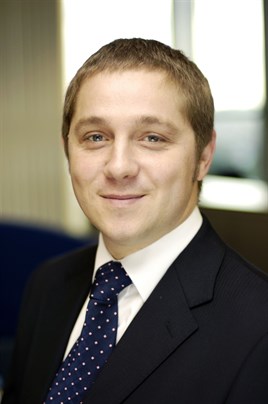 Honda (UK) has announced two new appointments to its corporate sales team in the wake Ed Hummel’s departure to Glass’s as its new sales director.

Lee Wheeler (pictured) has been appointed manager of corporate operations for the interim period to head up the team and Jon Jacks has been promoted to the position of national leasing and SMR manager. Both positions are effective immediately.

These new additions strengthen the team as it prepares to introduce the new class-leading low CO2, high-powered 1.6 i-DTEC engine in the new Civic.

Wheeler has over seven years of Honda experience since joining Honda Finance in May 2004 where he spent the first two years in central Europe setting up Honda Finance in Austria, Poland, Hungary and Slovakia.

He then joined Honda (UK) as national leasing and SMR manager in August 2007 before being appointed manager - sales support and logistics two years later. Until recently he has been responsible for commercial and business planning.

"I’m delighted to be back within the corporate team, especially now at a time when we have some fantastic products coming through,” said Wheeler.

“It really is an exciting time for Honda in the corporate market particularly with the introduction of Honda’s new 1.6 i-DTEC ‘no compromise’ diesel engine in the new Civic. This engine is perfect for company car drivers as it offers a class-leading mix of low CO2 emissions of only 94 g/km without sacrificing on power and driving experience.

“Honda's renowned for reliability, strong residual values and low whole life costs and this makes for an excellent platform to launch our small diesel engine in the Civic.”

Jacks joins the team as national leasing and SMR manager after spending the last two years as dealer corporate manager for the Midlands region. He has over 25 years experience in the motor and motor finance industry.

He will be responsible for growing Honda`s share and volume in the vitally important contract hire and leasing market and dealing with board level personnel within the largest leasing companies in Britain.

He will also be overseeing all Honda contract hire programmes, online SMR and all product launch activity to the whole life cost providers to maximise competitiveness of Honda’s product positioning through optimum residual values, SMR and monthly rentals.

“This is an exciting time for Honda Corporate as we launch the 1.6 i-DTEC Civic and CR-V models,” he said. “The Civic 1.6 i-DTEC firmly puts Honda at the forefront in the competitive corporate market. This is a hugely diverse and important role for Honda and I am looking forward to this new challenge.”