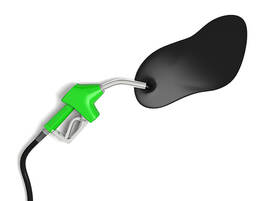 An investigation into pump prices has been labelled a ‘distraction’ when fleets in the UK are paying the highest rate of fuel tax in Europe.

More than half (58%) of the price paid at the pumps is in fuel duty and VAT, which goes to the Treasury, with less than 5% going to the retailer.

However, the Office of Fair Trading (OFT) has launched a review to identify whether or not there are competition problems that it can tackle in the sector.

“This review will not cover any aspect of fuel tax,” said Jakes de Kock (pictured), marketing director of The Fuelcard Company.

“Campaigners have worked tirelessly to lobby to reduce fuel duty and perhaps this review is really distracting us from the bigger issue of how the Government should be helping the transport sector through reduced taxation.”

The OFT will explore if the price of crude oil is reflected in pump prices, after falling prices earlier this year failed to translate into lower forecourt prices (Fleet News, June 7).

It will also examine whether supermarkets’ and major oil companies’ practices may be making it more difficult for independent retailers to compete with them, and if there is a lack of competition between retailers in remote communities.

Claire Hart, director in the OFT’s services, infrastructure and public markets group, said: “We are keenly aware of continuing widespread concern about the pump price of petrol and diesel and we have heard a number of different claims about how the market is operating.

“We have decided to take a broad based look at this sector, to provide an opportunity for people to share their concerns and evidence with us. This will help us determine whether claims about competition problems are well-founded.”

However, figures reveal that the UK has the highest indirect fuel duty for both diesel and petrol of all the European Union’s 27 member states.

The next highest are the Netherlands, Sweden and Greece, while the country with the lowest rate of fuel duty is Romania, closely followed by Bulgaria and Cyprus.

But compared to Denmark, Spain and Belgium, which pay the highest market price for fuel, the UK pays one of the cheapest prices for petrol and diesel. It also has an average level of VAT compared to Hungary, Denmark and Sweden, which have the highest rates in Europe.

Nevertheless, UK motorists still pay the highest price at the pumps for diesel in Europe, and the eighth highest for petrol, according to the AA’s August fuel price report.