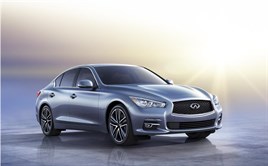 Infiniti has unveiled the car that will be critical to whether or not the brand succeeds in Europe.

The Q50 is a replacement for the current G range, and is a rival for cars like the BMW 3 Series and Audi A4.

Unveiled at the North American International Auto Show in Detroit, with a choice of a 3.7-litre V6 petrol engine or 3.5-litre V6 petrol-electric hybrid, the car is expected to make its European public debut in Geneva in March with a four-cylinder diesel engine under the bonnet.

Those diesel engines will be sourced from Mercedes-Benz and will give the Infiniti fuel consumption and CO2 emissions competitive with other cars in its class.

The Q50 has new features and technology, such as a dual-screen interface with functions shared between both to make controls more intuitive. For example, a navigation map can be shown in the upper screen while destination entry details can be shown in the lower screen. 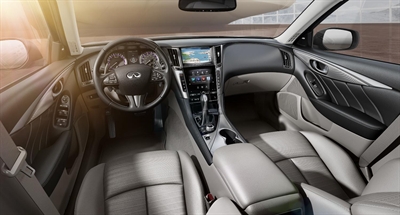 A limited number of critical functions, such as heating and cooling, are operated by switches, with other functions accessed through the touch-screen controls, which helps reduce clutter in the cabin.

Content can be customised using easy-to-understand menus. A selection of vehicle-centric apps will be pre-loaded into the system. Owners will also be able to download, update and sync personal apps through their smart-phones and USB drives.

The car will also feature the latest safety technology, and Infiniti's philosophy of performance and craftmanship is also evident.

More information about the Q50 will be made available closer to the car's European launch later this year. 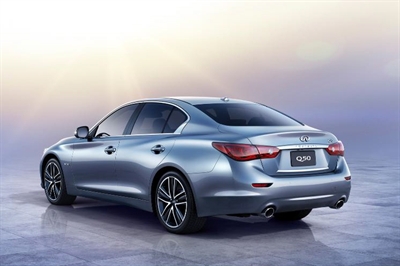