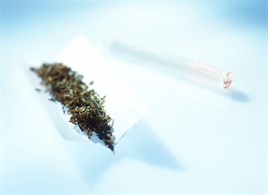 Northumberland-based Draeger Safety UK has received the first Home Office approval for a drug detection kit which will be used by police forces across the UK.

The Dräger DrugTest 5000 will be used in police stations to detect cannabis.

A positive saliva test with the new device means officers will no longer have to call a doctor before asking for a blood sample if they suspect a driver of being on drugs.

The equipment went through rigorous testing at the Home Office’s centre for applied science and technology (CAST). Further developments are being made to detect other drugs which could impair drivers.

The device can also be used to in a range of industries including transport, logistics and haulage.

The approval comes 45 years after Dräger became the first company in the UK to get type approval on a breathalyser - the Alcotest 80 tube in 1967.

Mark Burrup, from Draeger Safety UK, said: “We are delighted to be awarded Home Office type approval for the Dräger DrugTest 5000.

“The rigorous type approval process has confirmed that our device is accurate, reliable and robust.

“We have experience working with police forces across the UK and on a global scale. Therefore, we understood the need to develop a product that would be easy to use, reliable and could work in real time, ultimately supporting police officers in their role in this increasingly important area.”

The testing kits are being introduced under a wider crackdown, which will see drug driving become a specific offence. Offenders will face up to six months in jail and a fine of up to £5,000 as well as an automatic driving ban of at least 12 months.

Burrup continued: “The Dräger DrugTest 5000 device will be initially used to support the existing offence of driving whilst impaired with drink or drugs. We also believe it will have a vital role to play in the future when a statutory limit for drugs may come into force.

“As the new legislation comes into effect we will continue to work with forces to ensure our solutions deliver real value and, moreover, can be used as part of an integrated range of measures to reduce the number of drug-drivers on our roads and the impact they have on the safety of others.”

A similar version of the Dräger DrugTest 5000 is already used by German police forces to identify most known illegal drugs such as amphetamines, opioids, cocaine, cannabis and drugs in the ecstasy group.