Brake calls for ban on hands-free phones while driving 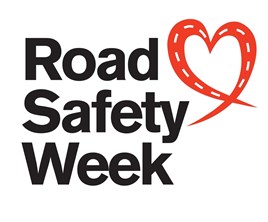 The road safety charity Brake is urging drivers to turn off their mobile phones and for more employers to ban phone use, including hands-free phones, for employees driving on company time.

The national campaign launched today (November 18) by Brake at the start of Road Safety Week calls on drivers and employers to prevent appalling crashes caused by multi-tasking at the wheel.

Brake, and partners Specsavers and Romex, have revealed statistics confirming the extent of driver distraction on UK roads, and its impact on vulnerable road users.

More than half a million UK drivers (575,000) have points on their licence for using their mobile phone at the wheel or being otherwise distracted (available by region and postcode).

In addition, six in 10 children (62%) report being driven by a driver talking on a phone and nearly eight in 10 (79%) have spotted drivers on mobile phones outside their school or home - suggesting the majority of children are being endangered by drivers for the sake of a call or text.

The campaign is being supported by the Association of Chief Police Officers, who are coordinating a week-long campaign of heightened police enforcement across the country targeting drivers on hand-held phones.

New research out today by distraction expert Dr Amy Guo at Newcastle University highlights the increased risk of turning your car into an extension of the office.

It shows the harder you have to concentrate on a task, such as dealing with work-related calls, the slower your reactions.

This demonstrates why talking on hands-free is just as risky as hand-held, because it's concentrating on the conversation that's the main distraction.

Distraction reduces hazard perception and increases reaction times in a similar way to drink-driving, making drivers much more likely to cause deaths and injuries.

While employers wouldn't dream of allowing employees to drive under the influence of alcohol, most still allow and even encourage mobile phone use at the wheel, putting their employees and other road users at serious risk, says Brake.

By introducing clear policies requiring drivers not to make or take calls while driving, even hands free, companies can empower drivers to follow best practice safety advice and focus on the task at hand.

Those that do can reap the benefits of a safer and therefore a more cost-efficient fleet.

Companies can get straightforward advice on implementing such a ban and other measures to improve fleet safety by subscribing to Brake's Fleet Safety Forum enabling them to access discounted and free places at Brake's professional events, and a host of online guidance and other resources.

The tune in to road safety campaign is being launched in Road Safety Week by events and activities in workplaces, schools, universities and town centres across the UK, highlighting the dangers of taking your eyes, hands or mind off the road.

It is being supported by families who have suffered the horror of a bereavement or serious injury in a distracted driving crash and want to speak out (see below).

Thousands of people in organisations, schools and community groups are working together to promote life-saving awareness during Road Safety Week, for example:

Energy supplier npower is using the week as an opportunity to raise staff awareness of the dangers of distracted driving, including daily intranet posts followed by a quiz to test people's knowledge and engagement with the messages, with a prize for the winning entry.

The company is also running a series of hour-long workshops for staff covering defensive driving and avoiding distractions.

Rail infrastructure company Network Rail is holding an event at its head office to raise awareness amongst staff and supply chain contacts about driver distraction.

The company will be using a simulator to demonstrate driver distraction and displaying Brake Road Safety Week branded materials, as well as distributing internal communications to educate staff on the theme.

They will be joined by Hertfordshire Fire and Rescue Services who will be performing a live crash extrication to demonstrate the devastation caused by a crash.

Licence Bureau is also teaming up with national Road Safety Week sponsors Specsavers to offer eye tests to the students, highlighting the importance of good vision to road safety.

Oilfield support services companies ASCO and Enviroco are taking trucks into schools in Norfolk and Aberdeenshire to raise awareness among children about road safety by demonstrating the limited visibility from within the cab of a large vehicle.

Intelligent transport systems company Clearview Traffic Group is working with a pre-school in Oxfordshire to coordinate a Brake Beep Beep! Day, engaging young children in fun road safety activities. The company is also donating high visi-vests and reflective snap bands to children in local schools in its local area, and to a school in Nairobi, Kenya.

Fluid sealing products company Garlock GB Ltd is holding a Bright Day, when employees will wear their brightest clothes to raise money for Brake and raise awareness about the need for drivers to watch out for pedestrians and cyclists, especially in autumn and winter.

Julie Townsend, deputy chief executive of Brake, said: "We're living in an age when being constantly connected is the norm; more and more of us have smartphones and find it hard to switch off, even for a minute.

"While there are enormous business benefits to this technology, it's also posing dangerous temptations to drivers to divert their concentration away from the critical task at hand, often putting our most vulnerable road users in danger.

"Many people who wouldn't dream of drink-driving are succumbing to using their phone and other distractions while driving, oblivious that the effect can be similar and consequences just as horrific.

"We're calling on drivers to tune into road safety: turn off your phone or put it in the boot, and never try to multi-task at the wheel. We're also appealing to everyone to refuse to chat to someone on the phone who's driving, to help them arrive safely.

"Companies can help to make this common practice by introducing a complete ban on phone use at the wheel and on staff speaking to anyone who's driving."

Road Safety Minister Robert Goodwill said: "The UK has one of the best road safety records in the world and improving this record remains a top priority for the Government.

"That is why we have increased fines for using a mobile at the wheel, made it easier for the police to tackle bad driving behaviour and we are looking at how we can improve young driver safety.

The RAC’s head of external affairs Pete Williams told Fleet News that turning off your mobile phone if it is not connected to a hands-free device is the right advice to remove any temptation to answer or use your phone.

But he added: "It is not illegal to use your phone if you have a hands-free kit installed in your car and such devices are used safely by millions of UK drivers on a daily basis.

"Holding a phone and talking or, for that matter texting, when driving is adding a massive physical distraction and impediment to being fully in control of your vehicle."

The RAC believes that the issue is about enforcement to get the message across to drivers who persist in using a hand-held phone while driving.

Williams continued: "Our own research has revealed that 21% of motorists admit to using a hand-held phone when at the wheel which amounts to more than seven million drivers on the road and yet only 575,000 drivers have been prosecuted for doing so.

"We also know from the RAC’s Report on Motoring that other people using hand-held mobile phones is the biggest stress factor (77%) for drivers ahead of tailgating (74%) and road rage (64%).

“But with funds for enforcement decreasing all the time we perhaps need to talk less of fines and more about how we create a united campaign that aims to make speaking, texting and using social media on a hand-held mobile as socially unacceptable as drinking and driving.”