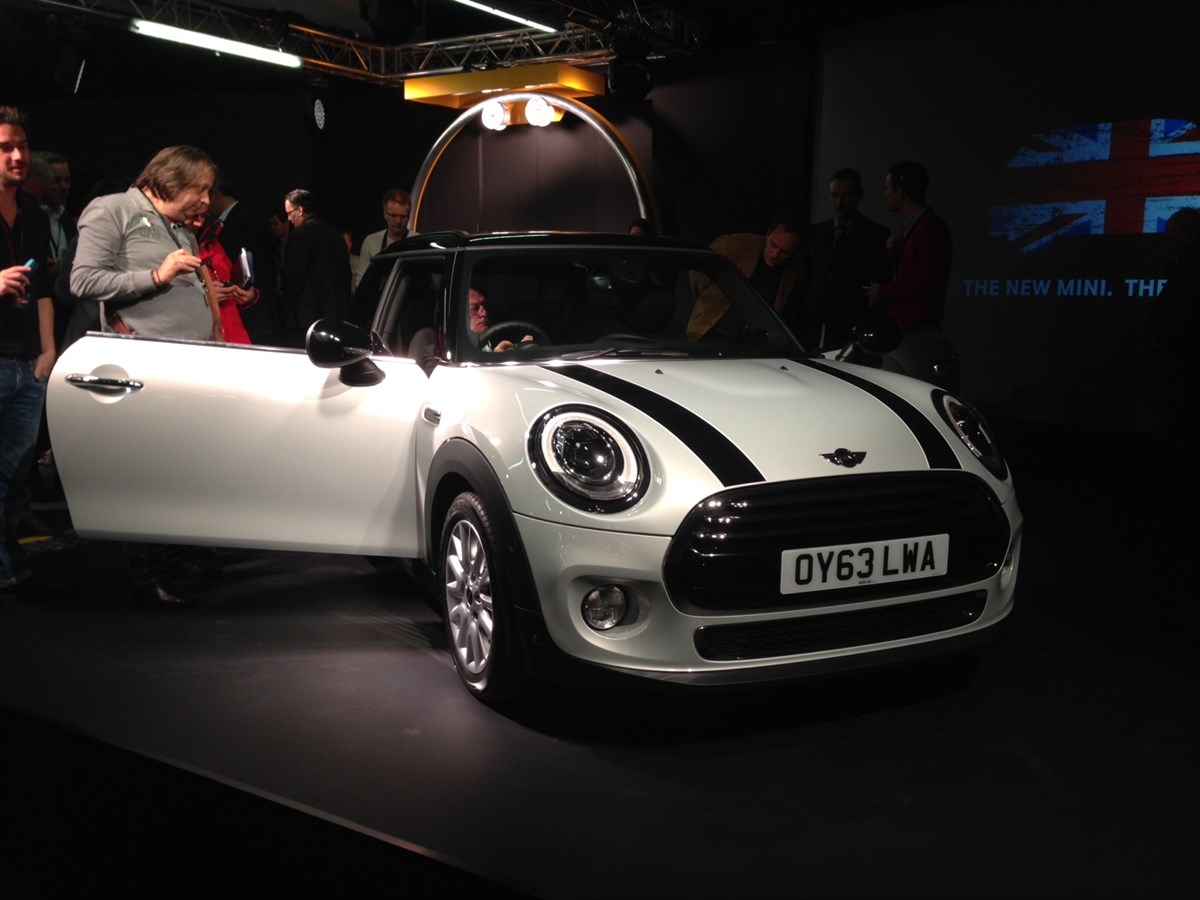 Mini has announced the third generation of the Mini hatchback.

It features significant improvements in technology, engine efficiency and power delivery, driving dynamics, quality and personalisation. Inside, the new model is quieter than the outgoing model, with improvements to acoustic refinement inside the cabin.

The new MINI Hatch is more spacious than before, safer, finished to an even higher standard and provides the driver with a more dynamic and performance-oriented experience behind the wheel.

Inside the cabin, new technology ensures that the new Mini is the most connected car in its segment. A new LED display concept, the first of its kind, provides the driver with visual feedback whilst operating the car.

In profile, the tapering line of the glass creates a dynamic wedge shape. Below, a visual link between the front and rear wheel arches comes via a striking lower sill line and upper character line, which feature downward curves at both ends.

The new Mini is the first car in its segment to offer the option of LED headlamps for both dipped and main beam. They are surrounded by an LED daylight driving ring, the lower section of which reaches down to the white turn indicators. The rear light clusters also feature an all-LED design.

Five new exterior colours have been added to MINI's already extensive palette, while the roof and exterior mirror caps can be finished in a contrasting colour -black or white- as a no-cost option. Roof rails are available for the new MINI for the first time. Other ways of adding a touch of individual style include black or white bonnet stripes.

At the heart of the design changes is a new display, illustrated by the instrument cluster on the steering column. Speed, revs and fuel level are displayed on vertically arranged circular dials. The speedometer scale includes a colour panel for messages and vehicle status displays.

The central instrument now has extended functionality. Depending on the optional equipment chosen, it can serve as a four-line TFT display as standard or optional colour screen up to 8.8-inches showing vehicle functions, infotainment, navigation and MINI Connected services. Selection of these functions is performed via a choice of two new controllers, the MINI Controller or MINI Touch Controller, fitted in the centre console which come in conjunction with MINI Visual Boost Radio or the MINI Navigation System.