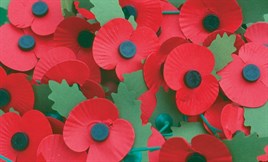 Lex Autolease has delivered its 100th vehicle to the Royal British Legion.

As the charity’s preferred supplier of fleet management services, Lex Autolease supports the Legion in building and maintaining an efficient and cost effective fleet of vehicles.

The fleet, comprising a range of Peugeot (predominantly 308), Vauxhall (Astra and Insignia), Ford (Mondeo and Focus) and Toyota (Prius and Auris) cars, is used to help the Legion’s staff deliver its vital welfare provision to the armed forces community across the country.

The Royal British Legion is the UK’s leading Service charity providing care and support for serving members of the armed forces, veterans of all ages and their families.

Andrew Conway, London business development manager at Lex Autolease, said: "For a charity like The Royal British Legion, it is absolutely essential to ensure that donations work as hard as possible.

"Since we began our relationship with the Legion in 2011, we have implemented a whole life cost model that has helped to significantly reduce the cost of running its fleet through intelligent vehicle selection, and cost effective maintenance and management."

Ryan Straker-Bennett, head of fleet at the Royal British Legion, said: "Our fleet is integral to enabling our staff to reach all the current and ex-service personnel that need our support across the country. With Lex Autolease, we have found a partner that understands our needs as a charity to keep costs down, but also in keeping our vehicles on the road."