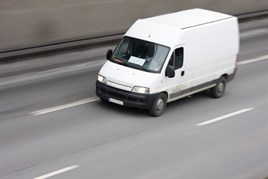 Christophe Izart, operations director, said that before installing the Fleetmatics GPS tracking system he was unable to identify the precise location of each vehicle, which caused inefficiency while routing certain jobs. In particular, Mr Izart had problems with staff members wasting valuable time by spending more time on the road than with customers.

“There was one particular driver who, compared to others, was clocking up excessive miles and as a result completing fewer jobs,” explained Izart.

“Since installing the Fleetmatics GPS vehicle tracking system and implementing efficient route plans, productivity has increased greatly within the firm. As a result, we are now averaging two extra jobs, per driver, per day – to a value of €50 (£42) per van per day – which we would not have achieved without the system in place.”

A further benefit to the company is the ability to use the Fleetmatics system to monitor and control excessive speeding.  Izart uses the Fleetmatics mobile app to get his ‘Red Flag’ speeding alerts directly to his mobile phone, thus allowing him to investigate any unusual events immediately: “My phone alerts me whenever a driver is speeding, so I’m able to quickly address the situation by advising the driver to slow down. Problem solved.”

Finally, Owl Pest Control has over 700 Points of Interest (POIs) set up for regular customers’ premises. “Reading the reports has become much more relevant and easier thanks to Fleetmatics,” added Izart. “We created six regular route sequences starting from our office, labelled A-to-F. All of our customers are plotted along these routes, which allow us to make our routine inspection trips more efficient by visiting clusters of jobs in a particular area.”

At the time of the firm’s three-year contract renewal date, Mr. Izart explored the market to ensure he was purchasing efficiently: “I trialled another tracking company for a period of time and concluded that Fleetmatics is unparalleled."