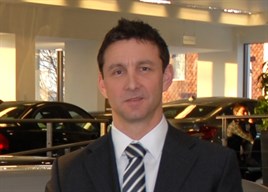 BMW is the latest manufacturer in rapid succession to reveal a new fleet boss, following recent announcements by Seat and Peugeot.

Bristow has been with BMW for the past three years, although he previously worked for 10 years at the Munich-based manufacturer’s contract hire and leasing company Alphabet.

Chater headed BMW’s fleet operation for four years and was responsible for a number of initiatives, including the launch of the direct rental programme, the SME partnership programme, the end user strategy and the Business Edition models targeted at the corporate sector.

“I’ve done a lot in fleet – and I’ve really enjoyed my time – but this is a job that everyone aspires to,” he said.

In his new position Chater will be responsible for future strategies and working with the German head office on UK market planning.

“It’s about having the right products in the market, launching new products and the lifecycle management of existing vehicles – refreshes, facelifts and new engines,” he said. “It’s also about what’s in the pipeline, looking 10-15 years into the future.

“I will be in a good position to continue to lobby for the right vehicles to come to the UK.”

Chater’s decision to switch roles comes as one of his senior team members, Rob Barnes, also moves out of the BMW fleet operation. Barnes is set to join BMW-owned Rolls-Royce in January in a senior sales role.

However, Chater says Bristow will inherit an existing fleet strategy, including the detail plans for 2014 growth, as well as a strong fleet team.

He will also oversee the launch of a new CRM contract management system in the third quarter and a new focus on engaging dealers to target mid-size fleets.