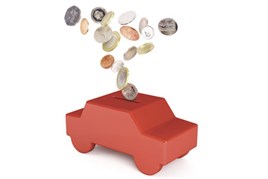 Proposals by the International Accounting Standards Board (IASB) will result in all leased assets being reported on a company’s balance sheet with a corresponding liability being incurred for future rental payments. Presently, only ‘purchase-type’ agreements must be reported on a balance sheet.

Salary sacrifice schemes typically comprise two components – a company leasing a vehicle and an employee taking the car via a salary sacrifice arrangement.

In most, but not all cases, the vehicle will be funded through a contract hire (operating lease) arrangement, which is presently treated as off-balance, between the employer and supplier.

The BVRLA anticipates the new accounting standards will be published in the second half of 2014 and become mandatory in 2017/18 following a four-year transition period.

The new rules will affect on all companies that report to IASB standards and to the public sector. However, the majority of UK companies report to the generally accepted accounting standards principles (GAAP) and will be unaffected until they converge with IASB standard. There is no date set for that at present.

Publicly-listed companies already have to make a note to accounts in their annual report to reflect any operating lease outstanding liabilities at the gross level.

It is expected that under the new accounting standards, corporates will highlight their indebtedness to the lease provider on the balance sheet in their annual report.

Alastair Kendrick, tax director at accountant MacIntyre Hudson, said: “Financial directors of corporates will have to decide if they want to have salary sacrifice agreements corrupting their balance sheets because bankers will adjust an organisation’s credit score accordingly. That will impact on a company’s risk position and ultimately the amount of money it can borrow.”

He added: “The amount of indebtedness a company has materially affects its balance sheet and therefore the accounting changes could be a bit of a turn off from salary sacrifice.”

However, James Reardon, senior manager, KPMG, said: “It seems that many employers considering implementing salary sacrifice into a company car are aware of the potential changes that would see operating leases moving on to the balance sheet. Most seem not to feel it is a significant risk to implementation.”

Asked if innovative leasing companies would restructure salary sacrifice products in such a way that they do not need to be reported on balance sheets, BVRLA chief executive Gerry Keaney said: “There are a wide variety of salary sacrifice products out there and it is too early to speculate what effect a new lease accounting regime might have on their structure or popularity.”

Managing director David Fernandes said: “Under the new standard, as it is currently proposed, NovaLease would still remain off the employer’s balance sheet. That is because the commitment from the employer is cancellable without penalty.”

He believes the majority of car salary sacrifice schemes offered have been built off the legacy of contract hire and are not ‘purpose-built’ solutions.

Fernandes continued: “Under proposed accounting standards, leases under legacy schemes will come on to the balance sheets of employers. That may present an unwanted effect for some, although future rent commitments are already noted on company accounts.”

Andrew Hogsden, senior manager strategic fleet consultancy at Lex Autolease, said once the proposals were adopted, “contract hire will remain an attractive proposition for businesses in reducing the costs and risks associated with running a fleet of vehicles”.

He added: “Companies will still benefit from spreading a fixed cost over the lease term, 50% VAT recovery on financing company cars, protection of residual value and the opportunity to fully outsource fleet operations and services. The same can be said for salary sacrifice schemes, which enable an employer to provide a car to all employees for a low cost.”