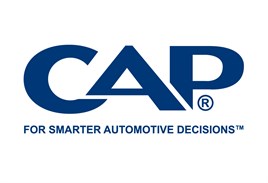 CAP is introducing a significant change to its residual values forecasting model, with a year-over-year deflation percentage prediction replacing the traditional depreciation curve.

The move follows an extensive review of the business following its sale by Top Right Group to Montagu Private Equity in 2012, which included revamping CAP Monitor to become Gold Book earlier this year.

The forecasting model takes account of how vehicles have performed historically based on Black Book values, and will also be weighted according to monthly registrations of individual vehicles.

Dylan Setterfield, senior editor for future residual values at CAP, said the traditional residual values curve is too simplistic to predict the worth of a vehicle accurately.

“Lots of things change throughout the life of the vehicle and it’s never a smooth curve,” he said. “A smooth depreciation curve is easy to program and replicate within a database system. Unfortunately they don’t really represent reality.

“The difference between year-over-year percentage deflation and depreciation is that we’re always looking at the same age and mileage. What is it worth today; what was it worth 12 months previously?

“By its very nature, it will include some element of model ageing. For that reason it will always tend to be a negative value.”

“We create a series of indices,” he added. “We have an index for each age of vehicle, sector and fuel type combination.”

Setterfield was responsible for setting residual values at GE Capital before joining CAP and he said year-over-year percentage deflation was widely used by the leasing industry.

However, he said other market analysts as well as CAP had used a simple depreciation curve as a basis for forecasting.

The new model should ensure residual values forecasts are brought closer to the Black Book values, based on average actual used market values, and help reduce criticism of inaccuracy.

Also being launched with December values is Gold Book IQ, which CAP says brings transparency to its forecasting.

Subscribers to Gold Book IQ will also have access to the detail reasons behind Gold Book forecasting decisions.

Previously if CAP subscribers wanted to query a particular change in a vehicle’s forecast from month to month they would have had to contact the company’s office and speak to one of the editors.

Setterfield said: “The product is a window into our forecasting methodology and how the prices are built.

“Customers have been asking for greater transparency, and Gold Book IQ takes it to as open as we can be without giving the whole game away.”