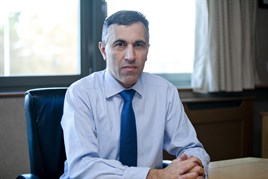 Northgate has announced a successful first half of its financial year with underlying profit before tax up by 14% on last year to £32m.

The growth is attributed to the continued investment made across the group in people, systems and the network.

Focussing on growing the UK business through its existing network whilst adding new sites, and continuing to target improved returns in Spain, Northgate’s improved profitability and confidence in the long term prospects of the group has also led to an increased dividend at this interim stage, to 3.2p per share.

Group net debt has increased slightly during the period (by 2%) as a result of the investment made across the group to achieve growth in both territories.

Return on capital employed and operating margin have reduced as planned due to lower volumes of vehicles being sold in response to improved rental demand, coupled with upfront investment relating to the start-up of new sites and the strengthening of Nortgate’s commercial and operational teams.

Vehicle utilisation for the period was 88%, consistent with the year ended April 30, 2013.  Whilst utilisation remains a priority for Northgate, the UK also remains focused on ensuring that each branch has the right range of vehicles available for customers at all times.

Bob Contreras (pictured), CEO of Northgate, said: “We are pleased to see the growth achieved in the first six months of the year, following the investment that has been made in our people, systems and infrastructure.

“The Board remains confident that we will continue to build on this platform for growth and we continue to trade in line with our expectations.”

He continued: “We will continue to identify new locations where potential customers are not effectively serviced by an accessible Northgate site and have opened two more sites in the half year (Slough and Basildon).

“We also opened one in November (in Charlton) and have two further sites planned to open before April 30, 2014, within the London area.”

Trading conditions in Spain remain difficult, however, despite this, Northgate’s operating margin decreased only slightly to 16.6% in the period (2012 – 16.8%).

Whilst the majority of this increase was driven by seasonal demand, Northgate found it encouraging to see growth in the underlying business and has seen customer numbers increase by 9% since April 30, 2013.