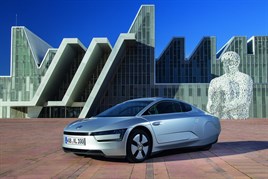 Volkswagen has confirmed its XL1 Super Efficient Vehicle with a fuel consumption of around 313mpg on the official combined cycle will go into production.

The XL1, whose footprint on the road is around the same as a Volkswagen Polo, although it is lower than a Porsche Boxster, can cover up to 30 miles on a plug-in charge with a total range of around 300 miles, using just one plug-in charge and a tank of diesel.

The two-seater has a drag co-efficient of less than 0.19, and uses a 0.8-litre two-cylinder 48bhp diesel engine, a 27bhp electric motor and a seven speed dual-clutch transmission. 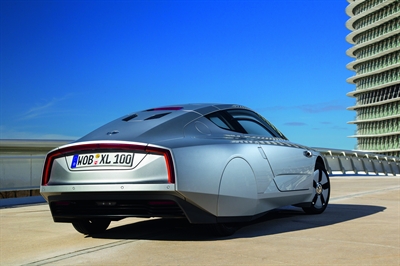 Its fuel consumption of 0.9l/100km on the combined cycle equates to around 313mpg and CO2 emissions of 21g/km.

It weighs just 795kg and has a top speed of 100mph and can accelerate from 0-62mph in 12.7 seconds. A small number will be destined for the UK, although the car would be left-hand drive only and priced towards the top end of the Volkswagen range. 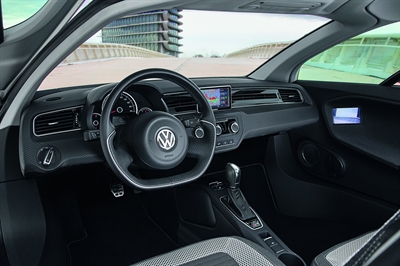