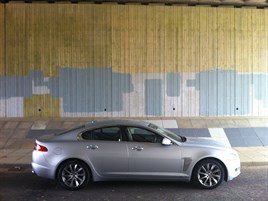 Jaguar Land Rover sold 26,855 vehicles during February 2013, an increase of 3% versus the same period last year.

Sales for the brand for the first two months of the year were up 18% with 61,732 vehicles sold.

In China, sales were down by 22% reflecting the Chinese New Year falling in February this year and January last year.

“We are particularly pleased with Jaguar’s sales this month, which have increased by 27% following new product introductions.

“The Land Rover Freelander has seen increased sales of 26%, with an especially strong performance in the UK.”

In February, Jaguar sold 4,595 vehicles (up 27%), with increased sales of the XF (up 37%) and the XJ (up 15%), reflecting new smaller engines and all-wheel drive options as well as the XF Sportbrake. I

In the first two months of the year, Jaguar sold 10,354 vehicles (up 34%) with the UK, Germany, South Africa and China performing particularly well.