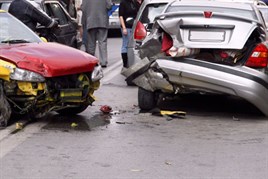 The Transport Committee has launched an inquiry into whiplash claims, following its recent inquiry into the cost of motor insurance.

Committee chair Louise Ellman MP believes it's vitally important for policymakers to understand the reasons for the very high cost of motor insurance, especially for young drivers, and to take steps to bring that cost down.

She said: “Whiplash claims undoubtedly play a part in driving up the cost of motor insurance, but access to justice for injured people must be preserved.

“We want to hear the arguments on these points and will publish a report in the summer about the best way forward on this difficult issue.”

The announcement of yet another inquiry into the insurance industry comes in the wake of new research commissioned by Gocompare.com, which reveals that over 1.7 million (6%) UK motorists would consider making a claim for a personal injury after a road accident, even if they knew they weren’t badly hurt.

The survey of UK motorists, carried out in March 2013 also revealed that:

However, despite nearly two thirds of motorists feeling that personal injury claims were pushing up the cost of insurance for everyone, almost the same number (63%) still believe it is fine for people to try to get compensation if they have been seriously injured in a road accident which wasn’t their fault.

Scott Kelly, head of motor services at Gocompare.com, said: “Unfortunately, it’s increasingly inevitable that a road accident will be swiftly followed by a claim for some sort of personal injury. And while genuine claims should be encouraged, inflated or false claims, which result in higher premiums for everyone as insurers pass the bill on to all drivers, must be addressed.

“Part of the blame lies with the claims companies which target people by telling them they can make thousands of pounds by claiming for injuries sustained in an accident on the road.

“New laws being introduced this April to ban referral fees and the use of incentives by claims management companies will hopefully go some way towards reducing the number of fake and exaggerated personal injury claims being made.

“We hope that Government and industry-led initiatives will result in a more effective way of distinguishing between genuine claimants and have-a-go compensation chasers.

“If insurers are able to make sure they are only paying out for genuine claims, this will hopefully be reflected in all of our car insurance premiums.”

The Transport Committee inquiry wants to hear evidence on a range of issues relating to whiplash, including whether it is correct to say that the costs of whiplash claims add £90 to the average premium and, if so, what proportion of this additional cost is due to exaggerated, misrepresented or fabricated claims.

In addition, it will examine whether the proposals put forward by the Government, in relation to medical evidence of whiplash and incentives to challenge fraudulent or exaggerated claims, are likely to reduce motor insurance premiums and, if so, to what extent.