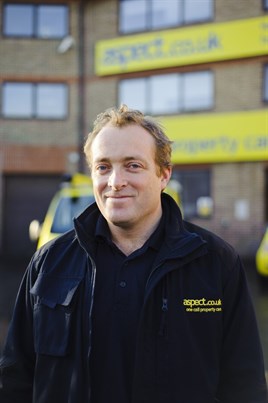 Trials in the City of Westminster have been “incredibly successful” according to Will Davies (pictured), boss of Aspect.co.uk.

The ‘car sitter’ takes the driver seat of the vehicle while the Aspect worker attends premises and conducts property maintenance work.

In other areas they also double-park until a traffic wardens approaches the vehicle. They then move off for a period of time until the traffic warden leaves.

"There's no issue finding a park, no paying the parking charge, no parking fine, no hassle," said Davies.

Davies has approached Traffic Enforcement Officers for Transport for London and the City of Westminster to ensure Aspect.co.uk's scheme is always working within the law.

He is also working with Young Marmalade boss Nick Moger to ensure that young people have a clean licence and obey all the road rules.

"We don't want to end up spending out on traffic fines and we don't want young people with too many points on their licence,” said Davies.

"We are working totally within the law".

Aspect.co.co.uk is now rolling out the scheme and if it continues to prove successful the service will be offered to the public at large.

To find out how to challenge parking fines click here.