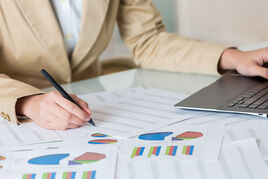 Her Majesty’s Revenue and Customs (HMRC) is not targeting business mileage records and claims to the contrary are without foundation.

That’s the strident view of Alastair Kendrick, an employment tax expert and a former HM Inspector of Taxes, who told Fleet News that HMRC is challenging employers on staff business mileage are “highly exaggerated”.

“If you have robust expenses policies in place and this contains details of the business journey undertaken by the employee, so that HMRC can verify this against the mileage claimed, then your company’s records are likely to be perfectly adequate,” said Kendrick, tax director and company car taxation specialist at MH MacIntyre Hudson.

But mileage audit firm The Miles Consultancy (TMC), which first alerted the fleet sector about what it described as HMRC’s “increasing focus” on mileage records three years ago, disagrees.

Paul Jackson, managing director of TMC, said: “Our warning was founded on the very good authority of our head of tax and policy advice Dave Goodall, who joined us in 2010 from HMRC, where he was the technical specialist for car benefits for eight-and-a-half years.”

TMC says that this has been borne out by experience, with 80% of the companies that have approached the company in the past two years doing so after HMRC took a “close interest” in their mileage records.

Fleet News has also seen cases where HMRC has contended that the employers failed to properly check mileage claims.

Jackson said: “Tax inspectors start by looking at mileages because that is where they find the tell-tale signs of over-claiming.”

HMRC is targeting a £955 million annual reduction in running costs, which will include the closure of its 281 enquiry centres.

However, at the same time it has been tasked with bringing in an extra £7 billion in tax at a time when the economy is stagnating and tax receipts are suffering.

So where does it expect to find billions more in revenue? The Treasury has announced a clampdown on tax evasion and avoidance schemes.

Meanwhile, compliance investigations by HMRC into small and medium-sized enterprises (SMEs) have netted more than £400m in additional tax and fines.

The investigations, which have increased in number by around 39% in the 2011-2012 tax year, saw HMRC collect £434m in addition to the taxes already paid by the businesses it investigated. In the previous tax year, 2010-2011, compliance investigations netted £311m.

Jackson says investigators see mileage claims as “low-hanging fruit” in the current climate and more fleets could find their records scrutinised by HMRC.

“It is more important than ever for employers to make sure that drivers’ mileage claims are routinely audited for accuracy,” said Jackson.

“How you settle expenses is immaterial. You can use the AFRs, actual cost, pay-and-reclaim, or fuel cards with private fuel reimbursement. But the tax risk is the same.”

However, Kendrick remains unconvinced. “There are a number of providers who are generating anxiety about reporting in order to sell expensive packages that may not be needed,” he said.

“Before adopting such systems you need to consider whether you have adequate controls which are in line with those required by HMRC for a dispensation.

“By all means invest in ‘real-time’ packages if you are convinced that actual-cost reimbursement compared to paying AFRs/AMAP will save you money, but don’t buy new software because you are scared of clampdowns.”

HMRC is tight-lipped on the question of targeting, despite repeated attempts by Fleet News to get clarity.

A HMRC spokesman said: “We carry out checks into returns or other documents to make sure that our customers are paying the right amount of tax at the right time and receiving the right allowances and tax reliefs.”

However, he added: “We do not specify what and how records should be kept, but merely that there is ‘reasonable evidence’.”

HMRC guidance on mileage expenses and record-keeping can be found at www.hmrc.gov.uk.

Has HMRC challenged your mileage records? Contact us in confidence by emailing gareth.roberts@bauermedia.co.uk.