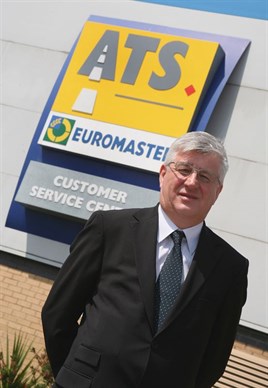 Ian Stuart is to retire at the end of May after seven years as group managing director of ATS Euromaster, when he will be replaced by Peter Allen, who is currently commercial director of Michelin Canada.

After joining Euromaster in 1993, Stuart (pictured) spent three years as managing director of WS Tyremasters, at the time one of the UK’s largest tyre wholesalers, followed by three years as a regional director in France.

He then became managing director of Euromaster in North Europe with responsibility for Holland and the Nordic countries prior to the appointment in his current role in Birmingham.

During the last three years, he has overseen a £14 million investment in the ATS
Euromaster network, modernising facilities and extending the company’s expertise into new areas of service, maintenance and repair.

Stuart now plans to pursue a number of consultancy projects both within and outside the tyre industry.

He said: “With more than 30 years in the tyre industry, Peter’s wealth of knowledge and expertise makes him ideally suited to lead ATS Euromaster into the next phase of its development.”

Allen, 50, and originally from the UK, will join the company in early May and take over as group managing director on June 1.

His career in the tyre industry began in the early 1980s at Ebley Tyre Services, after which he emigrated to the USA in 1984, joining Goodyear as a retail management trainee at a company-owned store in South Carolina.

After returning to the UK for four years, he then joined Michelin in 1990 as commercial territory sales representative in Georgia, USA.

He went on to hold several sales and marketing positions in the USA, before taking on the role of product line manager (Oceania) in 1999.

After two years in Australia, he returned to the USA in 2001 as director sales planning, before being promoted into roles including general business director and distribution development manager.

Allen left the USA for Canada in 2008, where he has been in his current post for five years – including two terms as chairman of the Rubber Association of Canada.

He said: “I have been fortunate to have lived and worked in three beautiful overseas countries, yet as someone who was born in Cambridge and went to school in the Cotswolds, I am looking forward to an exciting new opportunity back home.”