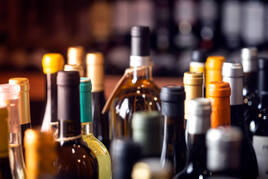 Drink-drive rules involving the most serious offenders are to be tightened up.

Under new regulations the most dangerous offenders will have to prove they are no longer dependent on alcohol before they are allowed to get back behind the wheel.

The new measures will also see those drink-drivers who obstruct the police by refusing to allow their blood samples to be analysed being treated the same as other high risk offenders.

Currently, all high risk offenders must pass a medical examination before they can be issued with a driving licence following their disqualification. However, drivers can start driving as soon as they have applied for their licence and before they have taken and passed the necessary medical.

But from June 1 the most dangerous drink-drivers will have to pass a medical confirming they are no longer alcohol dependent at the end of their disqualification and before they start driving.

Also, those offenders who refuse to allow their blood samples to be analysed will also, from June 1, only get their licence back following disqualification if they pass the required medical.

Road safety minister Stephen Hammond said: "Drink-drivers are a menace and it is right that we do everything we can to keep the most high risk offenders off the road."

Under the High Risk Offender (HRO) scheme, drivers convicted of certain serious drink/driving offences must have a medical investigation to confirm that there are no on-going problems with the misuse of alcohol before they can be issued with a licence.

The Driver and Vehicle Licensing Agency (DVLA is notified of such offenders by the courts. Last year the DVLA was notified by the courts of just over 50,000 drink-driving convictions.

Nearly 22,000 of those were classed as high risk offenders. Of those, around 5,000 drivers either failed, or failed to attend, their medical.

Director of policy and research Neil Greig said: "Persistent drink drivers are a menace on our roads and these new rules will be welcomed by the law abiding majority."

"Numbers of repeat offenders are still far too high and the government should urgently consider bringing in a vehicle forfieture scheme like that in Scotland.

“This has been a success with the strong sanction of having your car sold acting as a real deterrent.

“Enhanced Drink drive rehabilitation courses may also be an option for these problem drivers but ultimately their selfishness means that they deserve the strongest possible punishment."