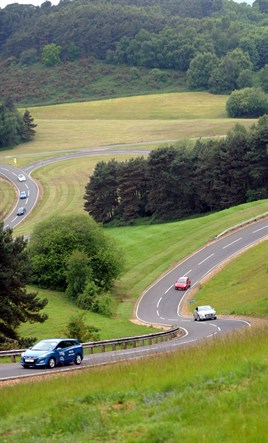 Such was the quality of fleets who attended that orders were placed for cars on the day. One fleet customer even travelled to a local dealership immediately after test driving one model to put down a deposit.

It was a day for records: more manufacturer brands than ever before (25) brought more cars and vans then ever (more than 270) which resulted in a record number of test drives.

CCIA 2013 welcomed back BMW, Mercedes-Benz and Nissan after a period of absence, while exclusive first test drive opportunities were offered in the BMW 3 Series Gran Turismo, Lexus IS300h and Toyota Auris Touring Sports. Fleets also had the chance to take Hyundai’s ix35 fuel cell car out for a spin.

This year’s CCIA was about more than simply test driving vehicles, however. A well-attended grey fleet debate prompted much discussion about how to better manage and control this problematic area, while delegates also flocked to a session looking at hydrogen fuel cell technology.

The summer Fleet200 meeting and the half-yearly Fleet Leasing roundtable also helped to bring a broader range of visitors to the event, which was held at the excellent Millbrook Proving Ground in Bedfordshire.

A full report of the day will be published in the June 27 issue of Fleet News.