Use mpg ‘margin of error’ to calculate accurate costs 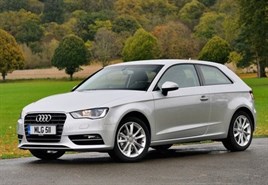 Fleets are being advised to build a “margin of error” into their fuel cost calculations after Logical Vehicle Management trials showed real-world fuel economy was up to 24% less than the official combined figures.

The company tested four diesel hatchbacks with similar official fuel economy figures to see how they related to everyday driving.

It discovered the vehicles underperformed by a consistent amount, which could help fleets calculate more accurate fuel costs.

Saul Parsonson, Logical Vehicle Management managing director, said: “We wanted to examine if the relative fuel consumption figures using ‘real-world’ results were generally a consistent percentage over the official fuel consumption figures. If they were, we could provide meaningful feedback to our clients to adopt a ‘margin of error’ to the test results obtained from the official data.

“If they were inconsistent, customers really would have problems in properly assessing the true cost of fuel over a period. Fortunately, a consistent margin of error was identified.

“If a company wants to predict what its actual fuel cost might well be, rather than using the data for benchmarking purposes, then a ‘margin of error’ for fuel cost could be applied.

“However, wholelife cost analysis is not best suited to this purpose. Our view would be that actual fuel spends for the vehicles on a fleet should be monitored and modelled and then projected.”

Logical Vehicle Management’s findings come in the wake of a report by the International Council on Clean Transportation (ICCT), which concluded that, on average, official fuel efficiency figures are 25% lower than in real-world conditions.

However, the ICCT report also claimed that the manufacturers with figures that are the most misleading were BMW, with a real-world shortfall of 30%, and Audi, which was 28% shy of its claimed fuel economy figures. Toyota’s real-world figures were the closest to the official figure, with a difference of 16%.

Logical Vehicle Management’s test used two drivers, one experienced and cautious and another younger with a more aggressive driving style. They drove a pre-determined route in the same conditions, with similar throttle use, speeds, braking and cornering forces set by an observer in the passenger seat. They then repeated the route ignoring the regulated driving conditions and drove as if they weren’t being evaluated.

The test was held in the morning when the engine had not been run for several hours. This was thought to be similar to normal use in the UK, for example using the car to drive to work.

However, unlike the official laboratory test conditions which set the temperature at 20ºC to 30ºC, the real-world test was held in temperatures between 8ºC and 15ºC and therefore similar to conditions experienced in the UK.

The tests showed that, as expected, the real-world fuel consumption figure is significantly higher than the official figure. However, the difference is pretty consistent meaning the official figures act as a good indicator for comparison.

The cars tested all showed a variance to the official combined figure of 21% to 24%.

Parsonson added: “A wholelife cost calculation without fuel costs is like a jigsaw with most of the pieces missing; it doesn’t present the full picture. Fuel use is clearly one of the most significant cost components for overall cost and is essential.

The test also concluded that, although a more cautious driving style was more fuel efficient, the variance between them was surprisingly modest.