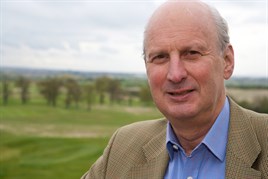 Logistics and driver recruitment company TRG Logistics has announced changes to its current board of directors, with the recent appointment of Bertie Maxwell as chairman. He replaces incumbent chairman Nick Gordon, who relinquishes the role in order to concentrate fully on his duties as CEO.

Nick Gordon, CEO at TRG Logistics said, “This move is another positive step further that underlines the growth of TRG and its transition into an established and successful UK business. The company is undergoing a rapid expansion programme and the current Board of Directors are all committed to delivering  ambitious plans for growth over the next five years. As Chairman, Bertie will use his proven expertise to oversee this strategy and direction going forward, delivering the trg vision at all levels of the company. ”

After an engineering degree at Cambridge, Bertie Maxwell originally qualified as a chartered accountant with KPMG. Since then, Bertie has spent the last 25 years as the finance director in a number of entrepreneurial fast growing businesses, including both listed companies and private sector organisations, providing financial and strategic direction.

His involvement in the transport and logistics industry goes back many years and includes substantial experience in truck rental operations in North America as well as extensive involvement in the staffing and recruitment sector.