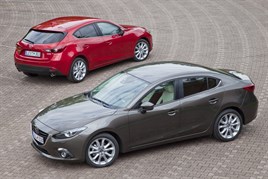 When the all-new Mazda3 goes on sale in the UK later this year, the model line-up will once again include two bodystyles - hatchback and a saloon called Fastback.

The new Mazda3 hatchback and saloon share the enlarged 2,700mm wheelbase - the longest in the C-segment and 60mm longer than the current Mazda3's - which allowed designers to shorten the front and rear overhangs.

Both bodystyles are 40mm wider and 15mm lower than the current model, while the saloon features a different roof, rear window, rear wings and boot lid in a design which extends the overall length by 120mm to 4,580mm - compared to 4,460mm for the hatchback.

For improved practicality, both models have rear seat backrests which fold almost flat and the saloon's boot opening width is increased by 100mm to 1,102mm and has a total capacity of 419-litres. 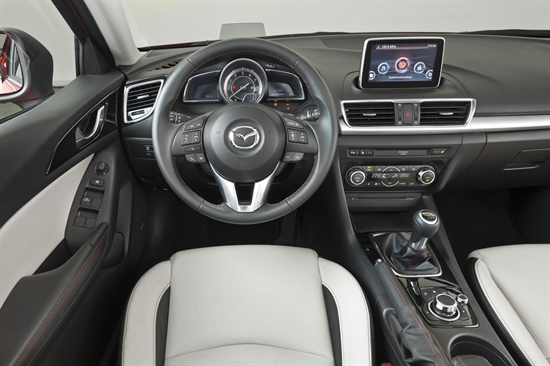 Buyers will be offered a choice of three naturally-aspirated high compression petrol powerplants and one turbocharged diesel - all fitted with i-stop, Mazda's idle-stop system, as standard. The high power Skyactiv-G will also be available in the hatchback with the company's i-Eloop brake energy regeneration system.