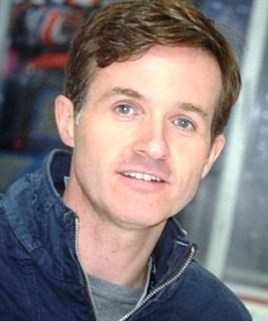 Ogilvie Fleet sales and marketing director Nick Hardy has been promoted to the board of parent company Ogilvie Group.

Hardy, who joined Ogilvie Fleet six years ago and has been sales and marketing director for five years, is one of two new appointments to the Ogilvie Group board as part of its strategy for continued growth and development across its diverse operations portfolio.

Hardy, who has 22 years fleet industry experience, has been influential in helping to transform Ogilvie Fleet into one of the UK’s fastest growing vehicle leasing and fleet management companies over recent years and the winner of numerous industry awards.

Additionally, the last three years has seen Ogilvie Fleet, which has offices in Stirling, Sheffield, Birmingham and Belfast, invest significantly in a range of sophisticated online management solutions to ease the administration burden for fleet managers.

Hardy retains his fleet responsibilities on joining the board where he will focus on developing marketing activities across the Ogilvie Group that will drive continued growth.

Ogilvie Group’s 2012 results showed a solid performance, maintaining profit levels of £2.7 million on a steady turnover of £160 million across all of its operations, which also include construction, house building and IT and communications services.

Hardy said: “When I joined Ogilvie Fleet in 2007 the fleet size was less than 7,000 vehicles. Since then our customer base has grown significantly and the fleet size has increased by about 50% with much of that growth achieved during a tough economic climate.

“Credit for that goes to the whole Ogilvie Fleet team and the excellent level of service delivered to our customers.

“I look forward to using the knowledge and experience I have gained in helping to expand Ogilvie Fleet in seeking out new growth opportunities in other businesses within the Group.

“Simultaneously, I anticipate that Ogilvie Fleet will continue to grow over the coming months and years. We are well positioned to further expand with an aspiration for a fleet size of around 12,000 vehicles through organic growth over the next two years.”

Also joining the Group board is Alan Greig, managing director of Ogilvie Communications. He takes on specific responsibility for the development of the Ogilvie Group’s IT infrastructure.

The communications division has seen rapid growth in the technology sector, leading the convergence of IT and telecoms. Its Net-Defence security team protects high profile celebrities and corporations around the world.

The new appointments follow a reorganisation in May that saw Donald MacDonald join the Group board as managing director of Ogilvie Construction and his predecessor, Phil McEwan, appointed as executive chairman.

Duncan Ogilvie, chief executive, Ogilvie Group, said: “These new appointments recognise the value of the fleet and communications businesses within the Group and their significant success in recent years.

“We are focused on building from the current very solid baseline performance to grow the business across all of our operations.

“The further strengthening of the board adds expertise, experience and a range of knowledge that will ensure that Ogilvie Group continues to deliver high quality products and services to all of its customers.”

Ogilvie Group is more than 60 years old and employs over 400 people across its various business operations.