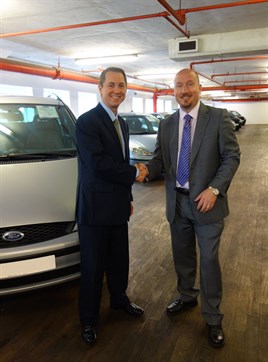 The development project took 10 weeks and involved fitting new windows and refurbishing the whole area, which was previously used for marshalling vehicles and as a storage deck.

A new imaging bay will be fitted in the next phase of development.

Ford Retail Group offers around 150 cars every week at Paddock Wood and was the first vendor to use the new facility.

Wilde commented: “We are delighted to open the new viewing area at BCA Paddock Wood, which allows us to display around 200 cars fully undercover at the centre, meaning better facilities and service for our sellers and buyers alike.”

Cole said: “Paddock Wood is our best performing BCA centre and we at Ford Retail Group enjoy a loyal following of buyers, with a highly successful weekly Tuesday sale.

"This additional viewing area is a significant addition to the progress both Ford Retail and Robin Wilde and his team has made since Robin has taken over the reins here.

"We can now offer more of our highly presented vehicles in the best possible place – undercover - and that can only go on to benefit us all going forward.”