ASDA has been ranked as the nation’s favourite forecourt in a new independent study by Market Force Information.

The survey targeted more 1,500 consumers nationwide in an effort to understand the choices made in purchasing fuel, especially owing to fluctuations in prices and the economic challenges the nation currently faces.

The survey focused on: consumer loyalty based on service, whether they’d recommend their choice of petrol station and on convenience.

Asda won the highest marks for customer advocacy scoring almost 50% on customers’ likelihood to recommend it, closely followed by Sainsbury’s - who topped the chart for overall satisfaction.

Two-thirds (67%) of consumers said they preferred to refuel at their local supermarket due to price and convenience, showing marked competition with national fuel stations.

This was also consistent with Market Force’s findings in other countries, including the US and France, as dominance of the national brands is being challenged by the supermarket chains. 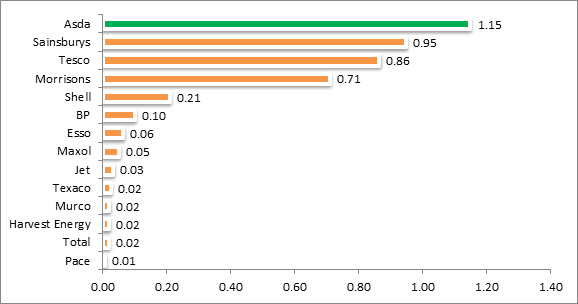 Fuelling by store type in the UK 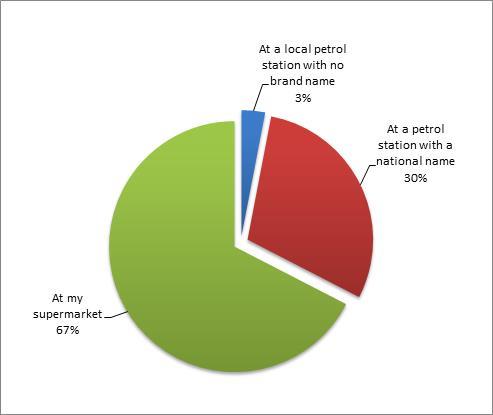 When pressed further, consumers admitted that they rarely told petrol retailers of their dissatisfaction if it occurred. Just 8% said they reported their concerns.

The survey also uncovered that customers are rarely made aware of any opportunity to provide feedback, yet of the 3% who were invited to share their feedback, almost 8 out of 10 (78%) said that they went on to complete a survey.

“There is a significant opportunity for petrol stations to increase their business by asking for customer input, and working on improving the customer experience based on that feedback,” said Simon Boydell, global marketing manager at Market Force.

“Market Force has found that delighted customers are three times more likely to recommend a business to friends, compared to neutral consumers.”

He concluded: “It’s no surprise to fuel brands that consumers care most about price, but what this research shows is that consumers also make decisions based on the service and products they receive at their favourite locations.”