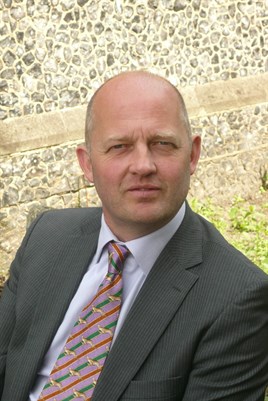 Route Monkey is targeting further growth in the electric and ultra-low carbon vehicle sector after strengthening its board of directors.

Robin Haycock has joined the Route Monkey board as non-executive director. His role includes supporting the creation of software that will enable new business opportunities for fleets, infrastructure providers and energy companies wishing to deploy electric vehicles (EVs) or supply services to this market.

He said: “Route Monkey’s unique software can be the catalyst to wider electric vehicle adoption.

“I join the company at an exciting time in its development and we already have some great electric vehicle projects underway, with more in the pipeline.”

It also established a North-East office in Gateshead to work more closely with the region’s low carbon vehicle cluster.

Through EVOS, the company was a partner in the Energy Saving Trust’s Plugged-In Fleets Initiative in 2012, along with EDF Energy. This was so successful that the Department for Transport has increased its funding to work with 100 more fleets in 2013.

With Robin’s input, Route Monkey is now working on other similar initiatives to encourage EV procurement from fleets, while also developing and implementing software to enable organisations to optimise EV recharging networks.

Colin Ferguson, CEO of Route Monkey, said: “We have enjoyed some considerable early success with EVOS which delivers proven benefits for both planning EV fleet integration and recharging infrastructure.

“Robin’s expertise in both of these areas will undoubtedly enable us to help further accelerate the adoption of electric vehicles.”

Haycock is a consultant specialising in sustainability and particularly in smart cities and ultra-low carbon vehicles.

Recent roles include EV advisor to the Energy Saving Trust (EST) where he played a significant role in establishing the Plugged in Fleets Initiative.

He was head of transport for The Climate Group (TCG), worked within Government in the Office for Low Emission Vehicles (OLEV), and was seconded from industry to the Department for Business, Innovation & Skills (BIS) as an automotive industry specialist advising on the development of policies to support the UK automotive industry.