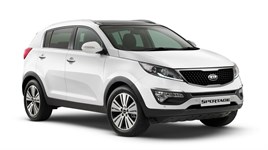 Kia dealers witnessed a strong increase in business sales during 2013, with public sector and leasing giving the Korean brand a boost.

John Hargreaves, head of fleet and remarketing at Kia said: "Increasing business sales through our network has been central to our plan over recent years and we are now seeing a very strong return from that strategy.

"We took a decision to carefully manage our sales into the big fleet channels such as daily rental and Motability and we have provided support for our dealers to help them understand and maximise the local business possibilities and to compete effectively.

"Overall that means we saw a 37% increase in this area of business during 2013 – with strong growth in all channels including independent contract hire, Kia contract hire and, rewardingly, in the public sector,” he added.

It has meant an increase in business registrations through the dealer network from fewer than 3,100 in 2010 to more than 14,000 vehicles last year. It represents a market share of 2.7% – excluding daily rental, Motability and demonstrators.

Hargreaves said one major area of success for dealers has been in sales to SMEs – where cars are bought very much in the same way as retail cars. That performance increased by 30% in 2013.

Kia says it is targeting continued growth in these channels in 2014 to further focus profitable and sustainable business through the dealer network – although centrally negotiated large fleet business will still be carefully managed and handled by Kia to both ensure an appropriate presence in those markets and to protect residual values.