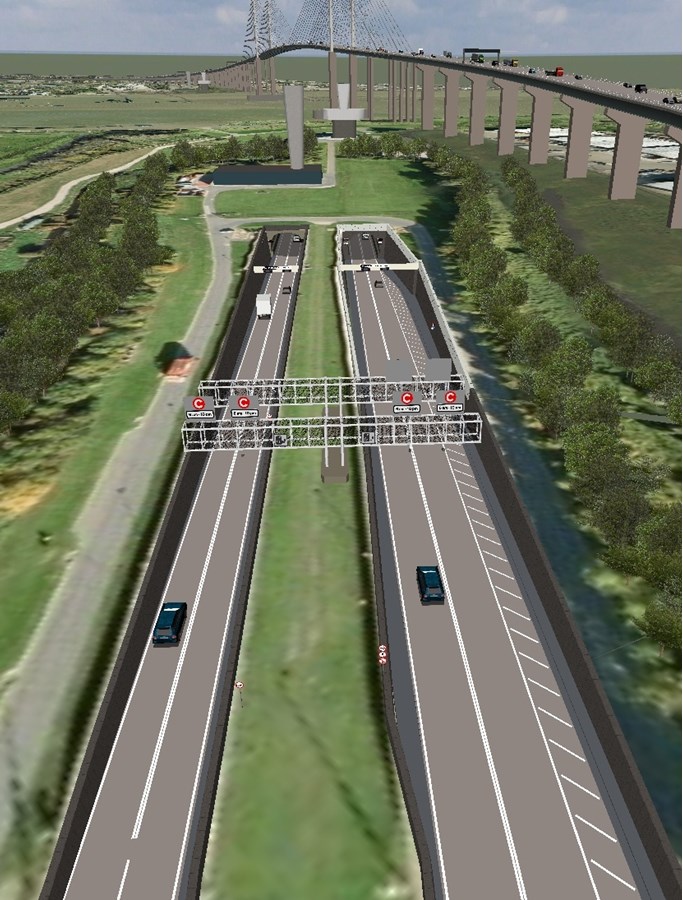 New pictures showing how the Dartford Crossing will look after the introduction of Dart Charge have been released by the Highways Agency.

The 27-lane payment plaza will be replaced by four open lanes in each direction and the approach to the tunnels will be enhanced with technology and dedicated extra lanes to help identify and turn away prohibited vehicle types from the tunnels.

Work to remove the payment booths will coincide with Dart Charge going live in late November, and is expected to be complete next spring.

"It's only when the booths have been removed that the full benefits of Dart Charge will be felt, and we will get underway on this work at the same time that the new payment arrangements begin. It's complicated work - especially on the northbound carriageway, where we need to protect the tunnels - one of which was built in the 1960s and has a lower height restriction - from over-height vehicles. We’ll be completely redesigning the approach to the tunnels to detect and turn around these vehicles and other vehicles not suitable for the tunnels, using a system of signals, barriers and extra lanes, while keeping all other traffic flowing as much as possible.”

To pay for the Dart Charge call 0300 3000 120 or visit www.gov.uk/pay-dartford-crossing-charge and pay before midnight on the day of travel.