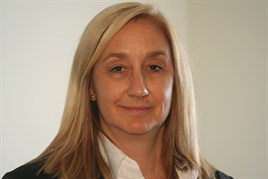 Long-serving ACFO director Julie Jenner, a former chairman of the leading UK representative body for fleet decision-makers, is to step down due to a job promotion.

She joined ACFO 22 years ago after inheriting the fleet manager’s role at her then employer. Having held a number of officer positions within ACFO’s East Region, she became a director of the organisation in 2003 and chairman in 2006 before stepping down from the position last year.

She said: “My new job means a huge learning curve and moving from a UK-based role to a European position also brings with it a large amount of travelling abroad.

“Unfortunately, my new job means that I don’t believe I can truly commit to undertaking work on behalf of ACFO as I have done in the past.”

Jenner, who took up her new role on Monday (October 20), added: “I have gained so much information through my ACFO membership over the years.

“As a result I became more and more involved in the organisation as I could see the huge benefits that brought.

“Had I not attended my first ACFO meeting 22 years ago when I had relatively little fleet expertise, I would not have been able to tap into the vast knowledge bank accessible through ACFO which has helped me to achieve what I have in the industry.”

ACFO chairman John Pryor said: “Julie is a huge loss to ACFO because she has worked tirelessly for the organisation and its members over many years.

“I am delighted that Julie has earned a significant career promotion but simultaneously I am mortified at the loss to the board of her vast knowledge, enthusiasm and dedication.”

Jenner will officially resign as an ACFO director on December 31, 2014, and will attend her final board meeting on December, 10, 2014.

The board hopes that with the assistance of ACFO National Council a practicing fleet manager will be recruited to fill the director vacancy on an interim basis until the organisation’s AGM in mid-2015.

Pryor said: “We hope to have identified a fleet manager to fill the vacancy created in the near future to enable them to attend the next board meeting in December.

“They will join the ACFO board for an interim period and then put themselves forward for formal election at the AGM.”

Pryor concluded: “The board’s decision that a fleet manager should be appointed - as opposed to an employee from the supply side of the fleet industry - means that there will be five at the sharp end of fleet management on the board out of six directors.

“We believe that, at least in recent years, that is the highest practicing fleet manager representation on the board.”