Reducing fuel costs is the biggest motivation behind fleets investing in tracking, a new survey suggests.

More than a quarter of fleets (27.8%) said they had fitted devices to their vehicles in an effort to cut their fuel bills.

A further 25.2% had adopted telematics to tackle driver behaviour and 17.4% highlighted improved productivity as their main reason for using the technology.

However, once vehicles had been fitted with devices, less than one-fifth (17.7%) said the biggest benefit was a reduction in fuel costs.

The survey, conducted by TrackCompare.co.uk in association with Fleet News, spoke to more than 500 fleets between May and October.

It follows a similar survey conducted by TrackCompare last year. Comparing the results year-on-year, 6% more fleets are tracking their vehicles, particularly HGVs and vans, but cars continue to lag behind.

When asked how fleets paid for their telematics products, this year’s survey showed renting was up 24%, leasing was down 5% and outright purchase has fallen by 17%.

Kjell Anderton, a director of TrackCompare, said: “It’s noticeable from the customers we talk to that considerably fewer companies are expecting to get their tracking on short, pay-as-you-go contracts than a year ago.

“It could be that the stronger economy is giving them confidence to look at more cost-effective options.
“Certainly, short rental contracts are becoming increasingly popular.”

Anderton was surprised that a £2-a-day saving – which would more than pay for the average system – wasn’t a sufficient incentive for most people who don’t have tracking to install it.

Asked if a tracking company could guarantee a saving of £2 a day, would they trial tracking for a month, almost two-thirds of respondents (64.3%) said no.

However, Anderton said: “It came as no surprise that more than one-third of respondents would invest in tracking if they could receive a discount on their vehicle insurance.”

The company’s online service is backed by a team of fleet consultants, who help more than 2,000 new fleets every month to identify the most effective tracking and telematics solutions for their operations. 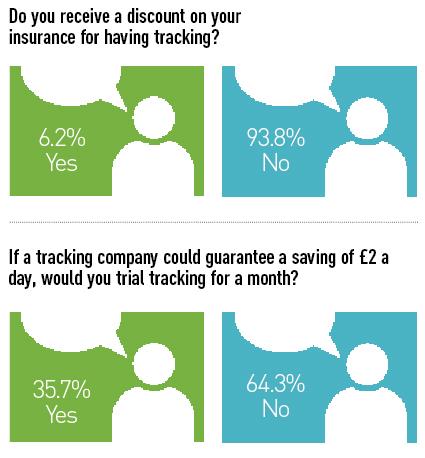 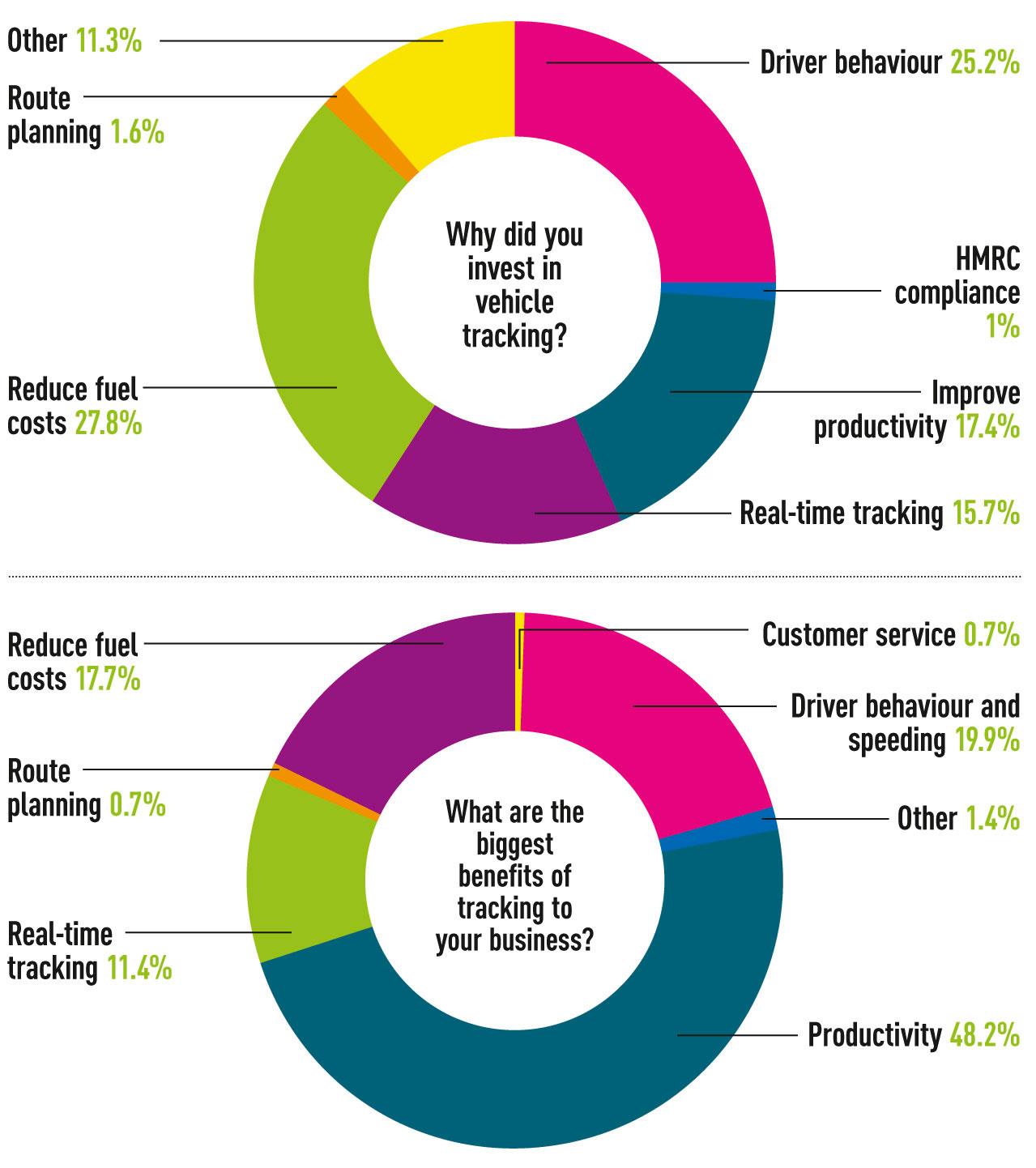