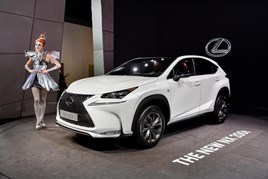 Several hybrid concepts were on display at Paris 2014. We take a look.

Peugeot is still looking for help to help turn a radical new car into a production reality.

The French firm wants to build a special version of its 208 supermini with a 141 mpg potential but needs a partner to help with development funding.

“A lot of companies have tested our demonstrator and interest is high. There's nothing to report at the moment but we're confident the car will be on sale in two years' time,” said a spokesman.

Weighing 100kg less thanks to the use of carbon composites for its doors, roof and side panels, the super-efficient Hybrid Air uses compressed air from a tank under the boot floor to boost its three-cylinder, 1.2-litre petrol motor and is capable of emission-free running on air pressure alone for short distances.

The Concept S is based around the powertrain and architecture of the Outlander PHEV, but it isn’t destined for production.

Instead, it signifies how some of the styling cues of Mitsubishi’s previous concept vehicles would be translated into one of the current vehicles.

We are still less than two years into the lifecycle of the current Outlander, so the Concept S isn’t a new model. However, with a new L200 due in 2015 and a replacement ASX in 2016, it helps show the design direction being taken by the brand.

The best tailpipe emissions performance in its sector is promising rich pickings for the latest model from Lexus, it was claimed in Paris.

At just 116g/km, the 2.5-litre petrol hybrid NX300h is cleaner than SUV rivals from Audi and BMW and is set to win increasing interest as tighter legislation on air quality is introduced in future, said a spokesman.

“High interest has generated 750 orders only days after the car was revealed. We're planning 1,000 registrations by the end of the year and expect it to bring an additional 3,000 sales to the brand next year,” he said.