Customer satisfaction should not be a box ticking exercise, warns National Windscreens 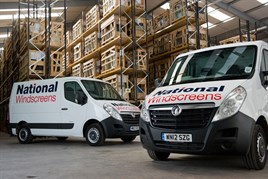 A recent poll of major fleet insurers has found that the widespread use of the Net Promoter Score (NPS) system in the insurance industry may be leaving some providers wide open to their policy holders experiencing poor customer service from third party suppliers.

National Windscreens surveyed key decision makers currently working within the insurance sector to ascertain their views on the effectiveness of the NPS system in their industry.

The survey proved that the NPS customer satisfaction measure is widely known throughout the industry, but responses suggest that a significant number of suppliers may view it as a necessary box ticking exercise, rather than an effective decision making tool which can help inform future direction.

Whilst 72% of respondents stated that their organisations use NPS and 58% claimed their employers prefer to work with suppliers that also use NPS, only 27% advised that there was a formal NPS monitoring system in place for their suppliers.

As some supply contracts can extend up to three years, this could leave some insurers open to working with suppliers for whom ongoing customer satisfaction is not a priority, as National Windscreens commercial director, Pete Marsden, explained: “NPS has become an increasingly significant factor in tenders for third party services issued by insurers, but if there is no ongoing monitoring in place they could easily fall foul to unscrupulous suppliers that view NPS as a box-ticking exercise. This will ultimately impact policy holders and may affect retention rates when it comes to renewal time.”

Of the 27% of respondents who stated their organisations operate a formal NPS monitoring system, only 43% advised that they have a process in place to deal with suppliers whose NPS does not measure up to the figure quoted at the outset of the supply agreement.

Marsden continued: “It appears that whilst a prospective supplier’s NPS is viewed as extremely important at the outset of a contract, the ongoing score may be less so. In our view, ongoing monitoring is vital to ensuring policy holders are satisfied with our service and the KPIs we agreed to are continually met.”

When asked if NPS is an effective decision making tool, only 19% rated is as ‘extremely effective’, with 48% rating it as ‘quite effective’ and 26% responding that it was ‘satisfactory’. These responses suggest the insurance industry may be missing a trick when it comes to acting on information provided by the score, which is ultimately the satisfaction rating of their own policy holders.

Contact Centre Manager, Tracy Watts, said, “National Windscreens implemented the NPS system in 2012 to ensure it is regularly monitoring customer feedback and able to improve any areas where issues are identified.

“We actually take the system one step further by actively following up with any detractors to find out if there was a specific problem with the service they received from National Windscreens. Responses are then relayed back to the senior management team and the fitting centre concerned, and measures are introduced to minimise the potential of the same issue happening again.”