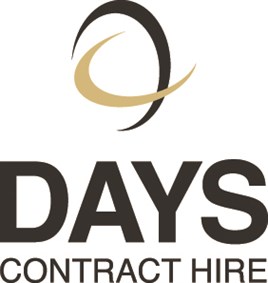 Days Contract Hire has seen its fleet size increase 17% over the last decade in a leasing sector of the UK company car and van market that has shrunk, according to new research.

Over the same period the total number of company cars and vans on the books of the UK’s 50 largest contract hire and leasing fell 8.6%, according to the annual report compiled by Fleet News.

What’s more since the turn of the decade as the UK recovered from the depths of the 2008/9 recession, Days Contract Hire has seen its fleet size increase 12% from 8,627 vehicles in a sector that has recorded a rise of just 2.6% in the number of company cars and vans operated.

During the last decade as the independent privately-owned supplier saw its fleet size increase, its ranking among the 50 largest UK contract hire and leasing companies has, according to the FN50, peaked this year at number 19 having been ranked at number 21 in the last two years and at number 30 in 2005 (8,143 vehicles).

What’s more the growth experienced by Days Contract Hire was one of the factors contributing to the rise of parent company, the CEM Day Motor Group, in this year’s Sunday Times Grant Thornton Top Track 250 chart.

The recently published annual listing, which is now in its 10th year and ranks Britain’s leading private mid-market growth companies by sales, saw the Group listed at number 145 - up from 161 in 2013 - based on sales of £205.4 million in the year to December 2013 and an operating profit of £10.9 million.

Long-serving Days Contract Hire director Aled Williams believes the company’s flexibility has been critical to its expansion over the years and the business continues to have growth aspirations.

Williams said: “I hear competitors talk about delivering mobility solutions to the public and private sectors, but that is what we have done for years.

“Our focus on customer service and being flexible in building partnerships with our clients has been critical in winning new business and retaining existing contracts and delivering mobility to their workforce.”

They have included: allowing early termination charges that may be levied on a customer’s vehicles being rolled into the lease rate on another vehicle; and a policy that allows vehicle contracts to be extended from the day a car or van is due to be returned unless there is a concern about the driveability of the model.

In addition, an approach to end-of-contract damage charges - a major niggle for many fleet managers with some contract hire and leasing companies - this year resulted in an average charge across all the company’s defleeted vehicles of just £111 compared with an industry average of £274 (FN50: November 2014).

He explained: “End-of-contract damage charges are a major issue across the industry and some contract hire and leasing companies see them as an income opportunity.

“However, any charge we levy reflects the impact on resale value of the vehicle and not the cost of repair. Our goal is not to make a damage-related charge on any returned vehicles.

“It is all about giving excellent customer service 100% of the time. It might cost the company money to do it, but we want our customers to have an excellent experience with Days Contract Hire.”

The company has ambitions to grow its corporate business, which currently accounts for about 25% of the fleet with public sector accounting for a further 25% and SME business with sub 50-vehicle fleets accounting for half its book. Approximately 20% of the fleet is composed of light commercial vehicles.

Williams said: “Days Contract Hire is an independent, privately-owned business and we manage all the risk - risk on the client and risk on the vehicle. Unlike many other vehicle providers - leasing companies, brokers and undisclosed agents - we are not at the mercy of the funders’ underwriters as we fund all vehicles ourselves.

“We believe that independence coupled with our flexible approach to business has huge appeal across the public and private sectors where the focus on value for money is continually increasing with fleet budgets being squeezed.”