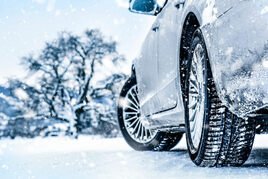 A new study from Halfords Autocentres has revealed that when it comes to winter driving, the thing motorists fear most is new drivers.

The survey found that almost a third of motorists (29.2%) rank inexperienced drivers as the most worrying hazard when driving in winter.  This was followed closely by skidding on surface water or ice (28%) and driving in fog (27%).

The ability of new drivers to deal with adverse weather conditions is such a concern that 85% of those surveyed think that winter driving techniques should be part of the practical exam for learner drivers.

67% said aquaplaning on surface water and skidding on ice posed the biggest threat to new drivers who have no experience of dealing with such situations.

The behaviour of other road users plays a big part in how confident motorists feel about driving in poor weather.

64% said people take more risks driving during winter and 38% said inconsiderate and aggressive driving actually increases at this time of year which can be extremely intimidating for new drivers.

Halfords Autocentres’ Stefan Warhaftig said: “Winter road conditions can be challenging for motorists but it seems that other road users rather than deteriorating weather conditions is what causes drivers the most concern.

"Driving in heavy rain, snow and ice can be daunting, especially for those with no experience of driving in such conditions. And it’s not just new drivers that this affects, last year’s mild winter means that even people who passed their test in the last couple of years may not have experienced driving in severe weather conditions before.

“But even the most experienced drivers fear winter motoring with 48% of people surveyed saying they are anxious or genuinely frightened about driving in the winter and 17% said they reduce the amount of driving they do or even stop completely.”