Danny Alexander calls for oil price cuts to be passed on 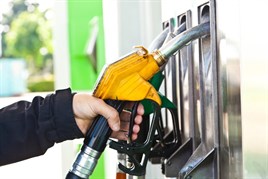 Chief Secretary to the Treasury, Danny Alexander is calling on fuel companies to pass on the reduction in oil prices to motorists at the pumps.

Alexander will talk to members of the Highlands and Islands Branch of The Energy Institute in Aberdeen later today (November 6), outlining his plans.

"Especially in the current economic circumstances people would rightly be angry if they feel that pump prices don’t fall as much as they should on the back of falling oil prices.

"This has been investigated before and no conclusive evidence was found.

"But even if there were a suspicion it could be true this time it would be an outrage.

"So I will be writing tomorrow to the major players involved in the distribution and sale of petrol& diesel seeking their assurance that they are doing all they can to pass on the benefit of falling oil prices as quickly as possible.

"When the price of oil falls, the public have a right to expect pump prices to fall like a stone, not a feather.

"I have made sure over the last four years that Government has helped with the cost of fuel. And when the Oil price falls, industry must do all it can to help too. It is in your interests that this happens."

Stephen Glaister, director of the RAC Foundation, said: "Ironically, some of what motorists have gained from falling oil prices could be taken by the Chancellor.

"If the cost of oil drops just a few more dollars, and Mr Osborne sticks to his 2011 plans, then fuel duty is in line for a 1.7p a litre increase. That is unlikely to go down well with 38m drivers who have recently had some relief at the pumps.”