Glass's predicts 2015 will be 'significant' for used car market 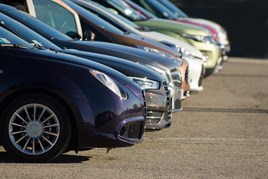 2015 is set to be the most significant year in the used car market since the recession, according to Glass's.

After a reasonably strong start, a variety of factors both within and outside the industry are likely to have definite effect on both supply and pricing in the second half of the year.

Rupert Pontin, Head of Valuations, said: “The key moment is likely to be the General Election. Like any major national event, this will have dampening effect on used car sales, especially as the result looks uncertain at this distance.

“Immediately afterwards, whichever stripe of major party gains power, there is likely to be a new round of austerity measures and also tax increases, damaging both spending power and consumer confidence.

“Shortly afterwards, by the end of Summer, most economists feel that we will see an interest rate rise. Even if this is just 0.25%, it will again inevitably hit consumer plans for replacing their car.”

Pontin said that these events affecting demand were likely to be accompanied by an increase in supply.

“Over the last few months, we have seen supply increase by between 1.0-1.5% every month, which is a big change. This is set to continue during the rest of the year, having an overall downward effect on prices.”

Rupert said that 2015 would be significant because it would mark a definite shift from the used car market patterns that had been seen since the recession ended.

“For a long time, we have been in a low-supply situation against a gradually improving macroeconomic backdrop but that cycle has started to come to an end in recent months and that change will characterise 2015.

“Our longer term forecast is that all of these factors will continue to take even greater effect in 2016, with even more pressure on prices through reduced demand and increased supply.”

However, Pontin said, there was unlikely to be a similar scenario in the new car market.

“Here, we expect sales to stay strong, simply because manufacturers need to ensure that factories continue working as close to capacity as possible and will offer finance to make sure this happens.

“However, later in the year, we believe that it is likely that the deposit levels required for these finance deals will start to fall in response to macroeconomic effects.”