Volvo safety scheme on target to sign up 500 SMEs 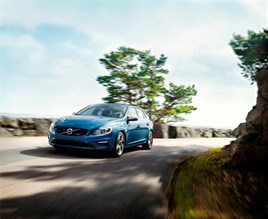 Volvo Business Sales’s Co-Pilot scheme for small and medium-sized businesses is gaining traction and on target to reach around 500 companies in its first year.

Delivered in partnership with driver risk specialist Fleet21, Co-Pilot (Fleet News, June 26) is designed to help SMEs keep their employees safe, stay on the right side of the law and cut the cost of accidents.

A microsite scheduled to go live in early 2015 will feature information about risk and compliance, resources such as white papers and ‘how to’ guides, and the Volvo Compare tool, with data on emissions, fuel economy and insurance.

This ‘hard launch’ will be underpinned by extensive marketing activity and support for retailers, starting with a series of roadshows in February. As part of the promotional push, 30 UK business centres will receive funding to host networking events throughout the year.

Co-Pilot customers will gain access to a members’ area of the microsite, featuring support, advice and discounts from organisations including Alere Toxicology, Driving for Better Business, Fleet21, RoadSafe, Specsavers and Transport for London.

Meanwhile, at a recent Brands Hatch briefing, Volvo warned that UK road casualty figures are likely to rise in 2014 for the first time in many years, probably by 3%-4%.

Driver behaviour is a major factor in more than 90% of collisions and company car drivers are 30% more likely to have an incident than private motorists.

The average repair bill is around £1,000, but when factors such as having experienced staff out of action, damaged goods, additional administration and replacement vehicles are taken into account, the true cost could be 30 times that. There is also the potential for criminal prosecutions under health and safety or corporate manslaughter legislation.

Research has shown just one in five UK companies operate a culture of driver safety. A third fail to even undertake a written risk assessment.

Simon Turner, director of Fleet21, said: “Employers are required to do what is ‘reasonably practicable’, which includes ensuring that drivers and vehicles are legal, as well as defining acceptable behaviour.

“Many larger companies have got a handle on this, for example, with a zero tolerance policy on phone use. However, among smaller companies you’ll often find sales guys holding conference calls while on the road. This is even more of a distraction than a one-to-one call.

“Companies have a responsibility to check driver competency and just asking if they’ve got a valid licence isn’t enough.

“By failing to have proper procedures in place, SMEs leave themselves open to prosecution in the event of a dangerous driving incident. There are also huge cost savings to be made via education and training, for example, by increasing fuel economy through better driving.”

Under the Co-Pilot programme, new or lapsed Volvo fleet customers will get ‘an easy compliance package’ worth £495 when they buy or lease a new Volvo.

It includes a fleet policy, licence checks, driver handbooks and online risk assessments for up to 20 drivers.

Co-Pilot’s two main tenets are safer cars and safer drivers. Volvo is well known for the former. Vehicle safety testing organisation EuroNCAP said the new V40 is the safest car it has ever tested.

Its safety technology includes pedestrian detection, lane departure and blind spot warnings. The manufacturer’s City Safety system, which has reduced collisions on some fleets by one-third, is now standard on every new Volvo.